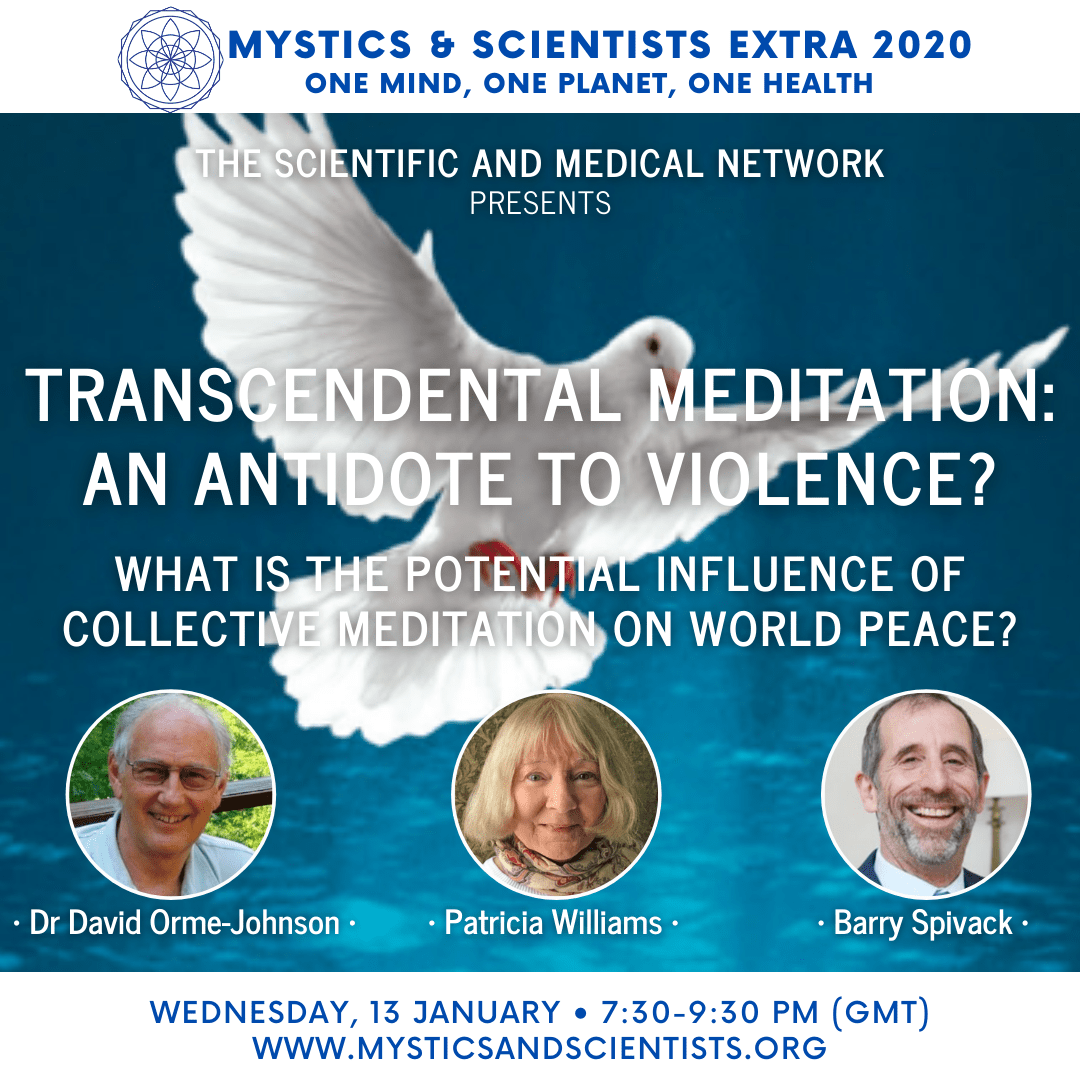 Transcendental Meditation: An Antidote to Violence?

What is the potential influence of collective meditation on world peace?

Join three experts on the Maharishi effect for a fascinating exploration of an evidence–based approach to world peace by creating coherence in collective consciousness.

The COVID-19 pandemic has put societies everywhere under extreme stress, and collective stress is often a precursor to outbreaks of violence. Striking features of this global health crisis have been the collective anxiety of the population, the wide variations in the way governments have responded, and the varying degree of their success. High levels of collective anxiety and social tension create systemic incoherence in our collective consciousness.

While there is significant scientific research showing that meditation has a positive influence on the health and wellbeing of individuals, is there any evidence that large-scale meditation can have a similar influence on societies in reducing stress and levels of violence?

“Yes” is the surprising inference from the authors of a new book,  An Antidote to Violence: Evaluating the Evidence,  that provides documented peer-reviewed evidence of its efficacy.

Weaving together psychology, sociology, philosophy, statistics, politics, physics and meditation, the book provides evidence that we have the knowledge to reduce all kinds of violence in society by creating coherence in collective consciousness and thereby neutralising collective stress.

“I was initially sceptical that such a simple solution could be effective. However, after examining the evidence, I changed my mind.  ‘An Antidote to Violence’  is a serious and well-researched book that offers an unconventional but effective peaceful solution to violence and terrorism.” – Lieutenant General Clarence E. McKnight, Jr, Former Director of Command, Control and Communications Systems for the Joint Chiefs of Staff, Washington DC.