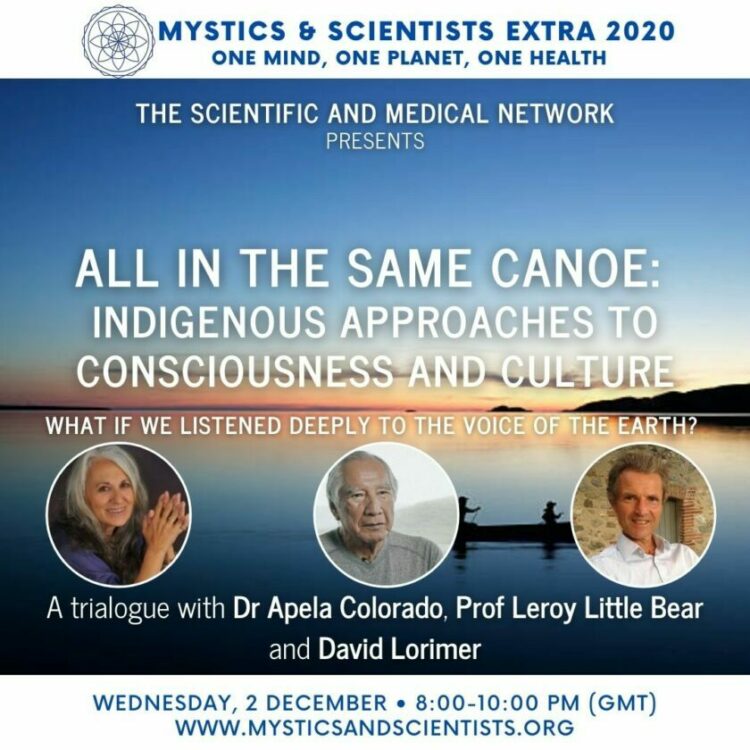 All in the Same Canoe – Indigenous Approaches to Consciousness and Culture

What if we listened deeply to the Voice of the Earth?

Join First People North American Elders Apela Colorado and Leroy Little Bear for a searching exploration into indigenous understandings of consciousness, thought and language that provide striking contrasts with Western approaches that most of us take for granted.

Humans are paradoxical beings with immense powers as agents of both creation and destruction. On the one hand, there are many inspiring examples of co-operation and collaboration, while on the other indigenous healers and environmentalists are being targeted for harassment and assassination by those who feel that their financial interests are under threat. Indigenous people recognise the shadow side and work to transform it rather than projecting it onto ‘the other’.

For indigenous people, reality is relational and truth is revealed by listening deeply to the Voice of the Earth, sometimes transmitted through dreams and visions and an understanding of natural cycles of life and death. For them, objectivity means that the human being is not in the picture, which they find peculiar and the outcome of cultural ‘reality structuring’ through ‘interpretation templates’. They connect time to place and define their science in terms of relationship rather than measurement – this a crucial message for our hubristic and uprooted ‘Anthropocene Age’.