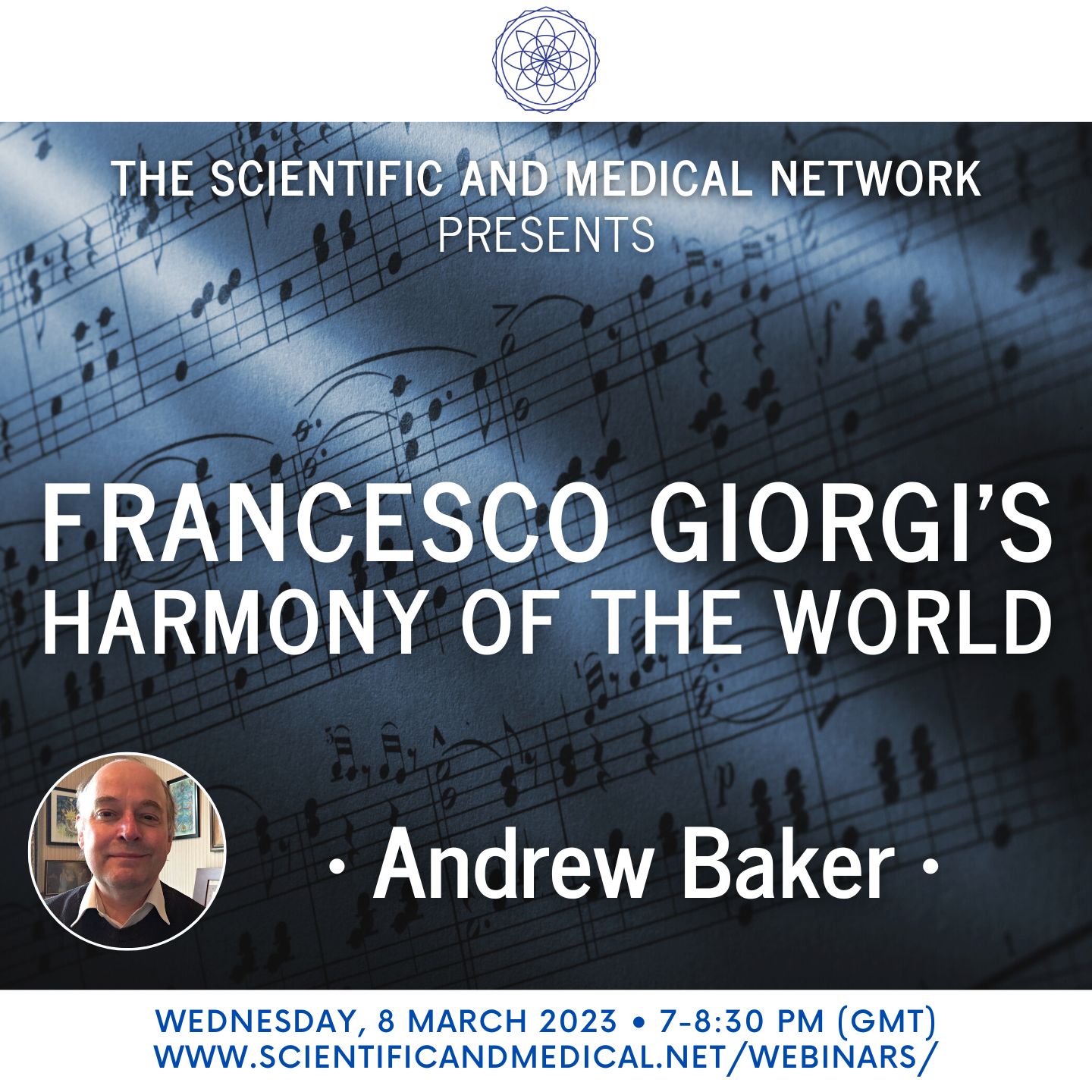 Is music the language of creation?

Francesco Giorgi’s massive book De Harmonia Mundi (1525) is a mystical exploration of a musical cosmos in which the angelic world, the celestial spheres and our own physical world sing together in the same harmonies.

It’s the culminating expression of the ancient Cosmos uniting Platonic and Christian traditions with cabala. In her work, including The Occult Philosophy and The Rosicrucian Enlightenment, Dame Frances Yates, FBA (1899-1981) famously suggested that Giorgi’s book inspired Shakespeare and Elizabethan England. Can this be true? This talk will explore what happened to Giorgi’s vision and how it fits in with his Franciscan background, as well the relevance of its vision for our own time.

Andrew Baker is a composer and historical researcher. He has spent many years investigating the life and world of Thomas Anson of Shugborough and the forgotten 18th century Platonists. This quest always leads back to music as the Language of Creation. He has given talks to the Fintry Trust and the Temenos Academy amongst others and has recently completed a book Hidden Music – a Franciscan Musical Theology.