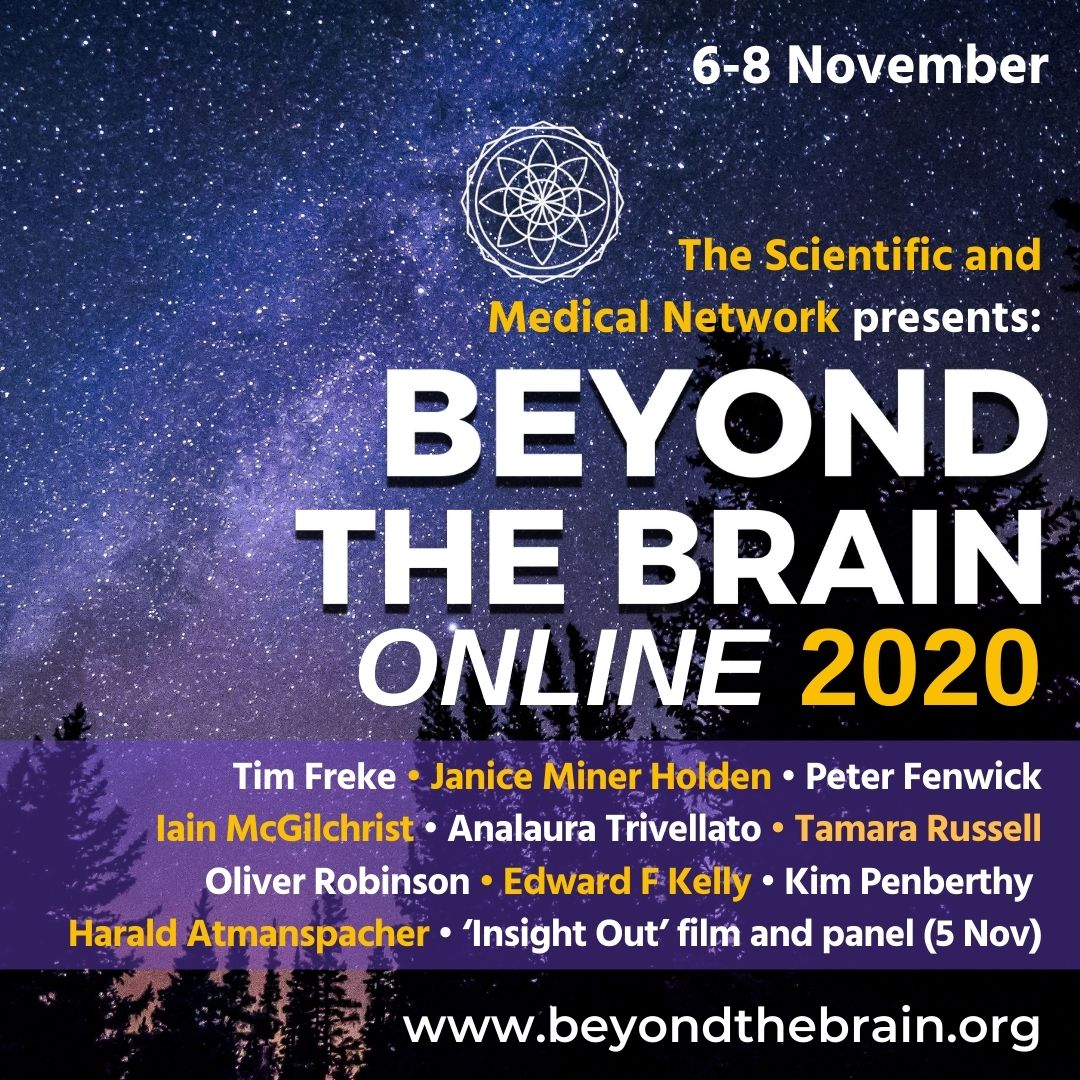 This year marks the 25th Anniversary of Beyond The Brain

“I regard consciousness as fundamental, matter is derivative from consciousness. We cannot get behind consciousness. Everything that we talk about, everything that we regard as existing, postulates consciousness. There is no matter as such; it exists only by virtue of a force bringing the particle to vibration and holding it together in a minute solar system; we must assume behind this force the existence of a conscious and intelligent mind. The mind is the matrix of all matter.”  Max Planck

Beyond the Brain is organised by the Scientific and Medical Network. It is the world’s premier conference series exploring new research on whether and how consciousness and mind extend beyond the physical brain and body. The first of the conference series was run in 1995. This year’s event covers science and spiritual practices, the boundary between neuroscience and mystical experience, transpersonal psychology, psychedelics and the brain, death and after-death communication, consciousness in relation to the brain and the universe, and the relationship between science and spirituality. There will also be an experiential session on each day.

Consciousness is one of the hottest topics in science, which is why we established the interdisciplinary Beyond the Brain conference series with Willis Harman and Edgar Mitchell of the Institute of Noetic Sciences at St John’s College, Cambridge in 1995. This will be the fourteenth in the series. The conferences all explore the frontiers of consciousness research beyond the limits of scientific materialism.

We are hosting this year’s event in partnership with three other organisations active in the field: The Alef Trust, with whom we collaborate on on MSc in Transpersonal Psychology and Consciousness Studies, the newly established Academy for the Advancement of Postmaterialist Sciences (AAPS) and Watkins Books.

You will have your minds stretched and your hearts warmed at this exciting event and will enjoy networking with like-minded people. This landmark conference is not to be missed, so we greatly look forward to your participation!

This year Beyond the Brain will feature an ONLINE film screening of Insight Out at 5:30PM GMT on Thursday 5th November.

Jade Shaw made Insight Out to raise awareness of Out of Body Experiences as a positive tool for self-transformation.

On her journey she discovered others with similar stories whose experiences had shaped their lives in profound ways.

This documentary reveals these stories, disrupts pre-conceived ideas about OBEs and asks provocative questions about the nature of consciousness and reality.