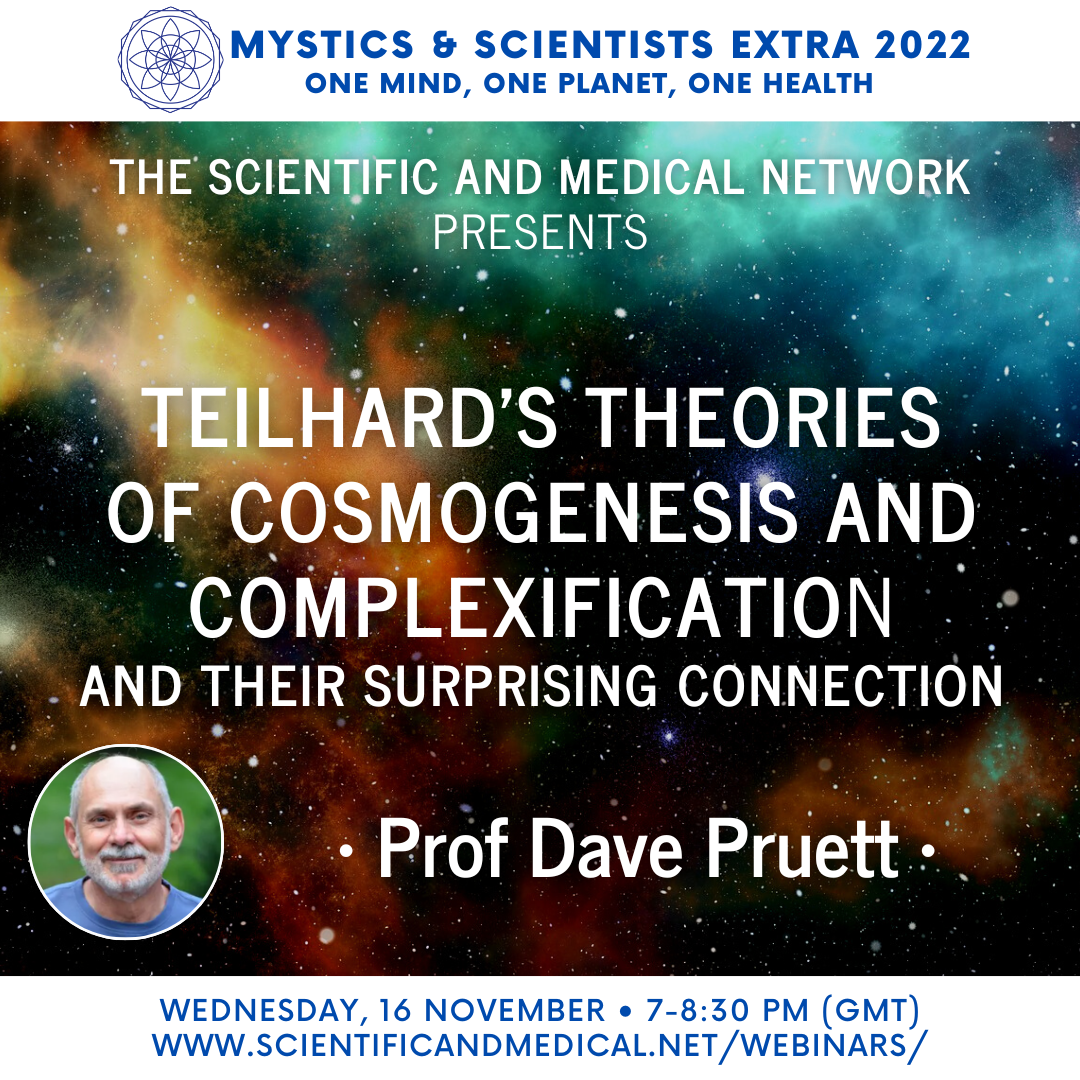 Prof Dave Pruett – Teilhard’s Theories of Cosmogenesis and Complexification, and Their Surprising Connection

Is the universe purposeful?

In The Phenomenon of Man (1955), the French paleontologist-priest Teilhard de Chardin proffers two sweeping scientific metanarratives: 1) cosmogenesis and 2) complexity-consciousness (or complexification). According to the first metanarrative, the entire cosmos evolves continuously, not just the life within it. According to the second, biological evolution is not directionless; it tends toward greater biological complexity with concomitantly higher consciousness. Surprisingly, the trends run counter, thermodynamically speaking. Evolution marches uphill against entropy even as the universe slides irreversibly toward “heat death.” This begs the question: Are the two megatrends somehow interrelated? Teilhard intuited the affirmative answer and made tentative connections, but the science he needed, chaos theory, would have to wait until our time. The integrated metanarrative has deeply spiritual overtones.

Prof Dave Pruett is a former NASA researcher; an award-winning computational scientist; an emeritus professor of applied mathematics at James Madison University (JMU); the originator of “From Black Elk to Black Holes, a Templeton-award-winning Honors seminar at JMU; and the author of Reason and Wonder: A Copernican Revolution in Science and Spirit (Praeger 2012, paperback 2016). “A love letter to the cosmos” twelve years in gestation, Reason and Wonder synthesizes modern scientific insights with ancient spiritual wisdom to present—in the words of internationally renowned religion scholar Ursula King—“a vision of audacity and grandeur that will change your thinking forever.”

The event is over and ticket sales are now closed.
Tags: Complexity, Consciousness, Cosmogenesis, Cosmology, Purpose