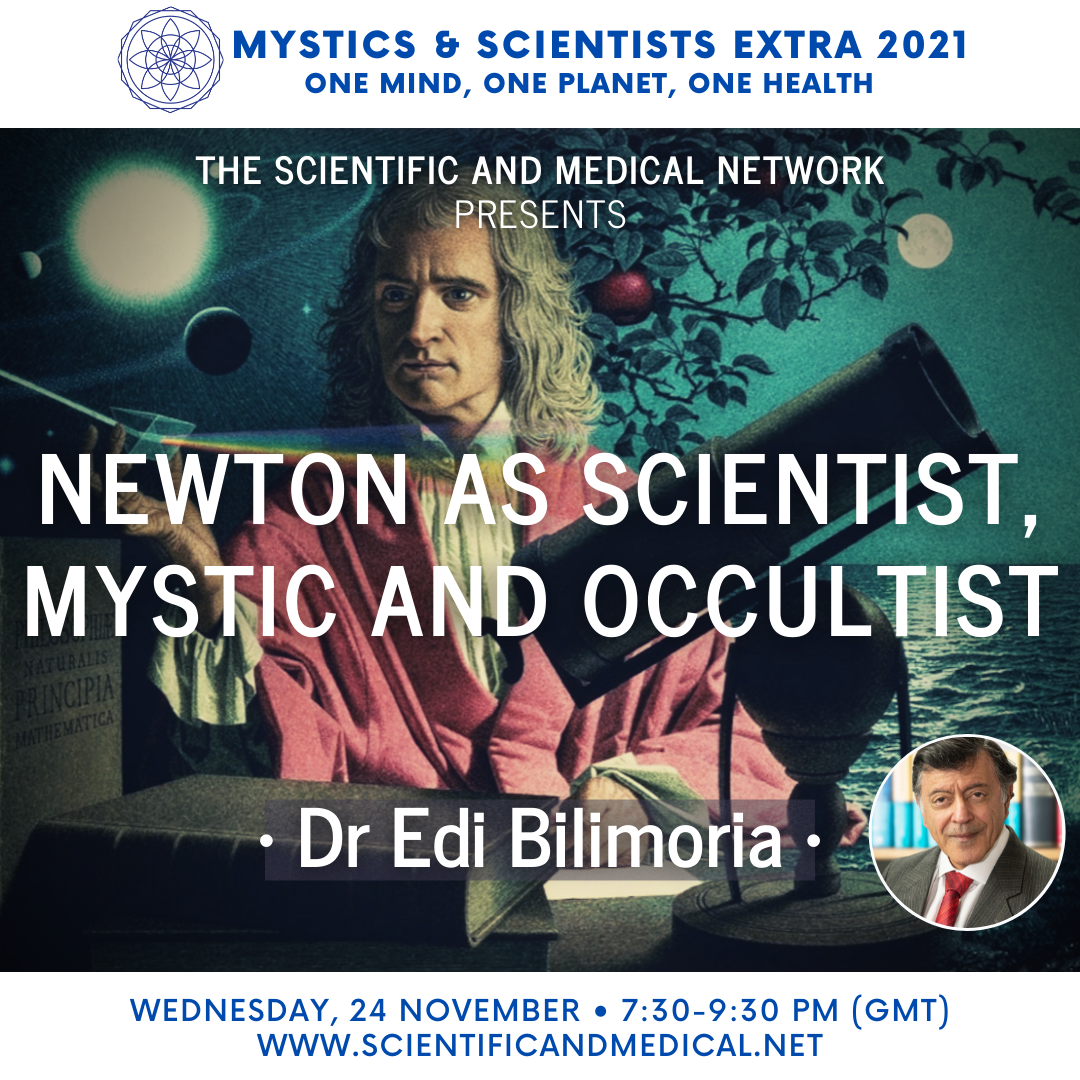 Few scientists seem willing to acknowledge that Newton was not only one of England’s greatest men of science but also one of her most ardent students of mysticism. All that despite the outright assertions of such as Sir Robert Robinson, past President of the Royal Society, who, asking how Newton could be both a mathematician and a mystic, himself answered that it was because he ‘perceived a mystery beyond and did his best to penetrate it.’

This talk attempts to show that Newton’s great discoveries owed their origin to his mystical insights of which his science was only a component. First we attempt to elucidate the mind processes whereby the mystic attains to his insights by something like direct contact with the unknown sources that surround us; and why Lord Keynes was moved to declare that Newton’s  ‘deepest instincts were occult’, and that ‘the clue to his mind is to be found in his unusual powers of continuous concentrated introspection.’

Next we explain why the mystic and scientific ways are entirely complementary as Professor E.N. da C. Andrade FRS, was forced to confess, at the Tercentenary Celebrations in 1946, that ‘a mixture of mysticism and natural science is not unexampled.’

Finally, we turn to Newton’s theological and alchemical research and explain their ever-increasing importance in our day and age when the supremacy of the paradigm of scientific materialism is being challenged by the findings of quantum physics which seem to resonate in large measure with the doctrines of what is generally known as the prisca sapientia, Newton’s own term for the perennial philosophy, the sacred wisdom. We stress the reasons why Lord Keynes affirmed to a private audience at the Royal Society Club in 1942 that ‘all his unpublished works on esoteric and theological matters are marked by careful learning and extreme sobriety of statement. They are just as sane as the Principia.’

Born in India and educated at the universities of London, Sussex and Oxford, Edi Bilimoria presents an unusual blend of experience in the fields of science, arts and philosophy.

A student of the perennial philosophy for over half a century, Edi has given courses and lectured extensively in the UK, and internationally in California, the Netherlands, India, and Australia. He has organized and chaired conferences with the object of encouraging discourse on the different, but overlapping, roles of science, religion and practical philosophy. He worked as Education Manager for the Theosophical Society in Australia developing courses and study papers, researching, lecturing and organizing international conferences; as well as supervising the Research Library, National Media Library, National Members Lending Library and the development of the website.

An award-winning Consultant Engineer by profession for the offshore and transport industries, currently engaged on safety and environmental management for Royal Navy projects, Edi has published extensively in the fields of science, engineering and the esoteric philosophy. His trilogy Unfolding Consciousness: Exploring the Living Universe and Intelligent Powers in Nature and Man will be published early in 2022. His book The Snake and the Rope was awarded a prize in 2007 by the Scientific and Medical Network on which he now serves as a Board Director.

An enthusiastic glider pilot for many years, Edi is a choral singer and a dedicated pianist of concert standard.