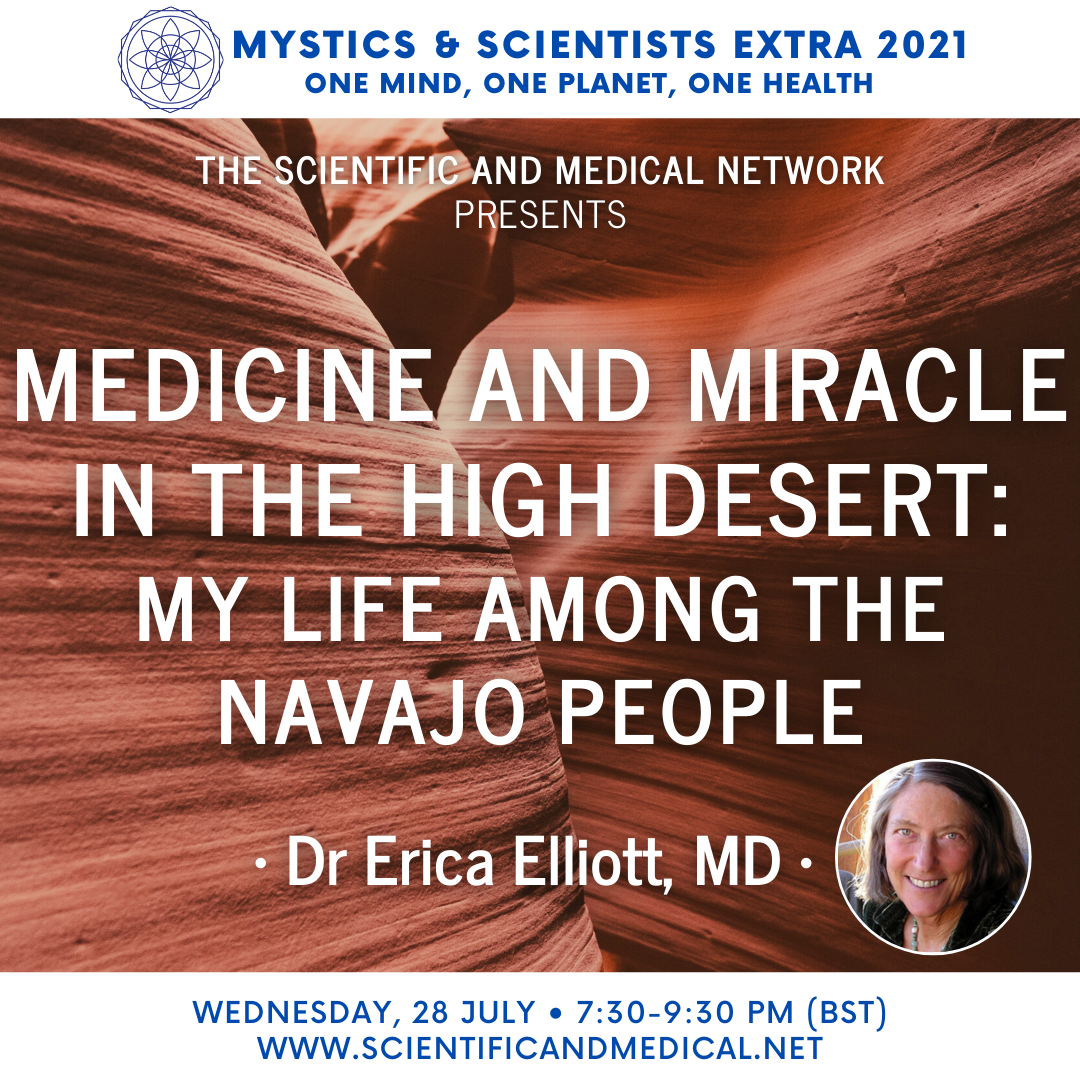 Dr Erica Elliott – Medicine and Miracle in the High Desert: My Life Among the Navajo People

How can we breach the cultural divide between people of different races and religions?

Dr Erica Elliott says: “This is my story—a true story—about my life with the Navajo People, both as a school teacher and as a medical doctor. Not only does the story give a detailed glimpse into Navajo life and culture, it clearly demonstrates how the act of stepping into another’s shoes with empathy and open-minded curiosity can bridge the cultural divide between people of different races and religions—especially relevant in these divisive times.  What I learned about the power of love profoundly changed the course of my life.

As a newly minted school teacher in 1971, I came to the Navajo Reservation, knowing nothing about my students or their culture. After my first week teaching at the boarding school, I almost left in despair, unable to communicate with the children and unable to understand their behaviour. When my teacher’s aide asked me if I would like to learn about her people, my life radically changed. She taught me about their history and culture, and she even offered to help me learn to speak Navajo, considered one of the most difficult languages in the world.

Once I started learning their language, the children began to trust me. They responded to my interest in them with an intense desire to learn English. It was exhilarating watching them go from barely speaking English to winning a regional speech contest.

A strong bond developed between my students and me. They invited me into their homes and sacred ceremonies, and shared with me the richness of their ancient traditions and their enchanting land.

I took a deep dive into a world that few non-native people have ever experienced and rarely take the time to grasp.

As I was drawn ever deeper into their culture, I participated in a series of profound events that included miraculous healings, peyote ceremonies, and encounters with ancient spirits. Most chilling of all was surviving a face-to-face encounter with a mountain lion, which a Navajo elder later explained was my spirit guide. That same elder prophesied that I would one day bring powerful medicine to the people.

My experience among the Navajo people has influenced the rest of my life, including how I practice medicine. I have witnessed the importance of living in harmony with one’s community and with the land—what the traditional Navajos call “walking in beauty.” Most important of all, I learned that miraculous healing can take place against all odds when it is grounded in love.”

Watch a short interview with Dr Elliott above

Dr Erica Elliott, MD, is a Medical Doctor in Santa Fe, New Mexico, with patients from across the country. She has lived in many different countries while growing up. Her adult life began as a school teacher on the Navajo Reservation in the early 1970s, she later became a Peace Corps volunteer in South America working as a bilingual educator, then went on to become a high-altitude mountain climber in the Andes, Outward Bound Instructor in the Colorado Rockies, and then a medical doctor in New Mexico. She helped found a co-housing community in Santa Fe, called The Commons, where she raised her son (described in the TED talk she gave in 2015). Erica’s life has been a mythic journey of wonderment and life-changing experiences—including two major medical disasters—which ultimately led her to find her life purpose of service to those who are suffering.