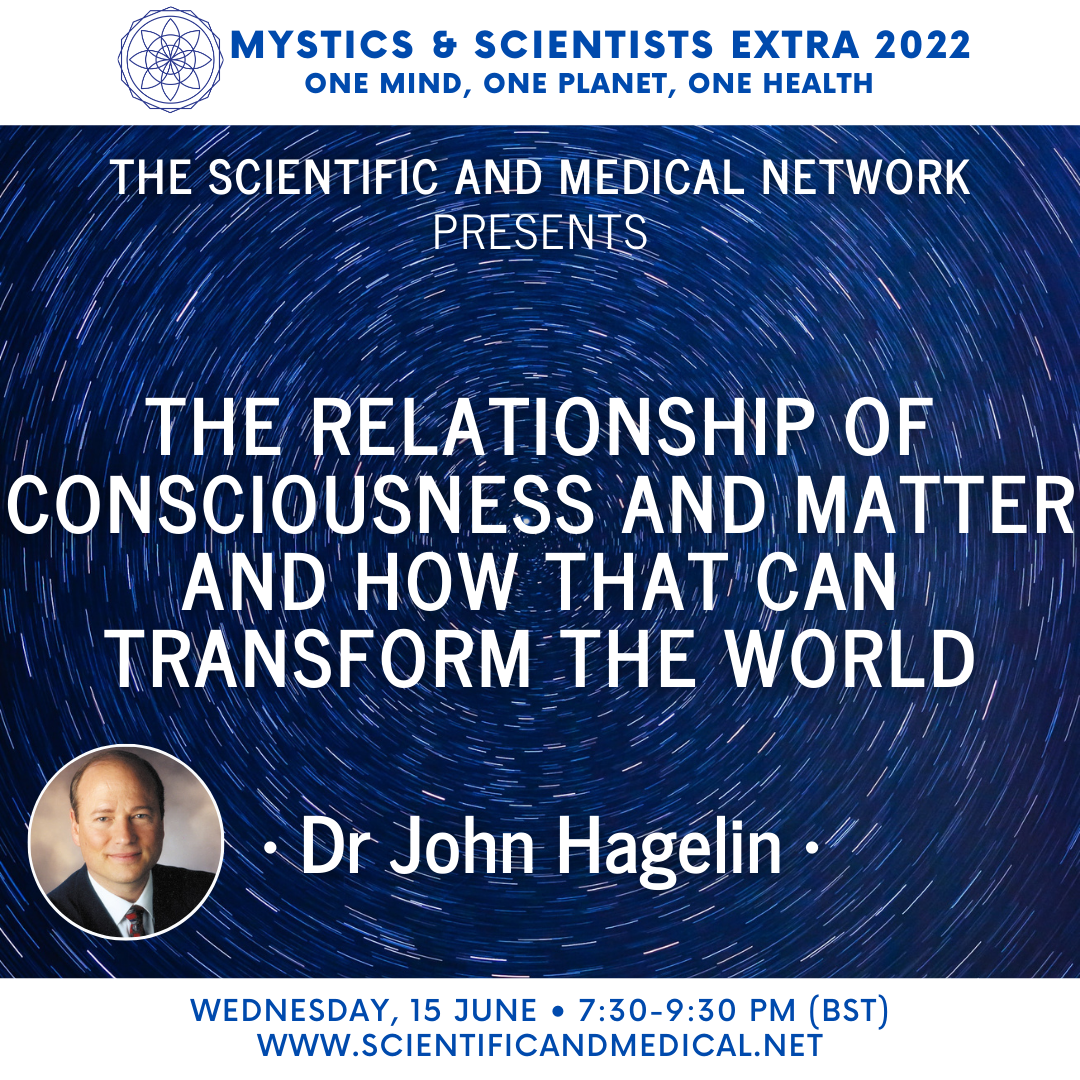 How can the development of consciousness materially transform the world?

It is one thing to know the relationship of matter and consciousness but it is another to know its implications in solving social, political and ecological problems. Dr John Hagelin is a string theorist who previously worked at the European Organisation for Nuclear Research (CERN) and is now President of Maharishi International University and of the Global Union of Scientists for Peace. He has been researching the connection between consciousness and matter and its potential for transforming life on earth for more than four decades.

For the last quarter century, Dr Hagelin has led an international investigation into the nature and origin of consciousness, including higher states of human consciousness. In his seminal book, Manual for a Perfect Government, Dr Hagelin shows how, through educational programs that develop human consciousness, and through policies and programmes that effectively harness the laws of nature, it is possible to solve and to prevent acute social problems, and to profoundly enhance governmental achievements.

John Hagelin, PhD, is a world-renowned quantum physicist, educator, public policy expert, and leading proponent of peace. Dr Hagelin received his M.A. and Ph.D. from Harvard University, and conducted pioneering research at CERN (the European Center for Particle Physics) and SLAC (the Stanford Linear Accelerator Center). His scientific contributions in the fields of electroweak unification, grand unification, super-symmetry and cosmology include some of the most cited references in the physical sciences. He is also responsible for the development of a highly successful grand unified field theory based on the superstring. Dr Hagelin is therefore among the elite cadre of physicists who have fulfilled Einstein’s dream of a “theory of everything” through their mathematical formulation of the unified field—the most advanced scientific knowledge of our time.

However, Dr Hagelin has also applied this most advanced knowledge for the practical benefit of humankind. He has pioneered the use of unified field based technologies proven to reduce crime, violence, terrorism, and war and to promote peace throughout society. He has published ground-breaking research establishing the existence of long-range “field effects” of consciousness generated through collective meditation, and has shown that large meditating groups can effectively defuse acute societal stress—thereby preventing violence and social conflict, and providing a practical foundation for permanent world peace.

In recognition of his outstanding achievements, Dr Hagelin was named winner of the prestigious Kilby Award, which recognizes scientists who have made “major contributions to society through their applied research in the fields of science and technology.” The award recognized Dr Hagelin as “a scientist in the tradition of Einstein, Jeans, Bohr and Eddington.”