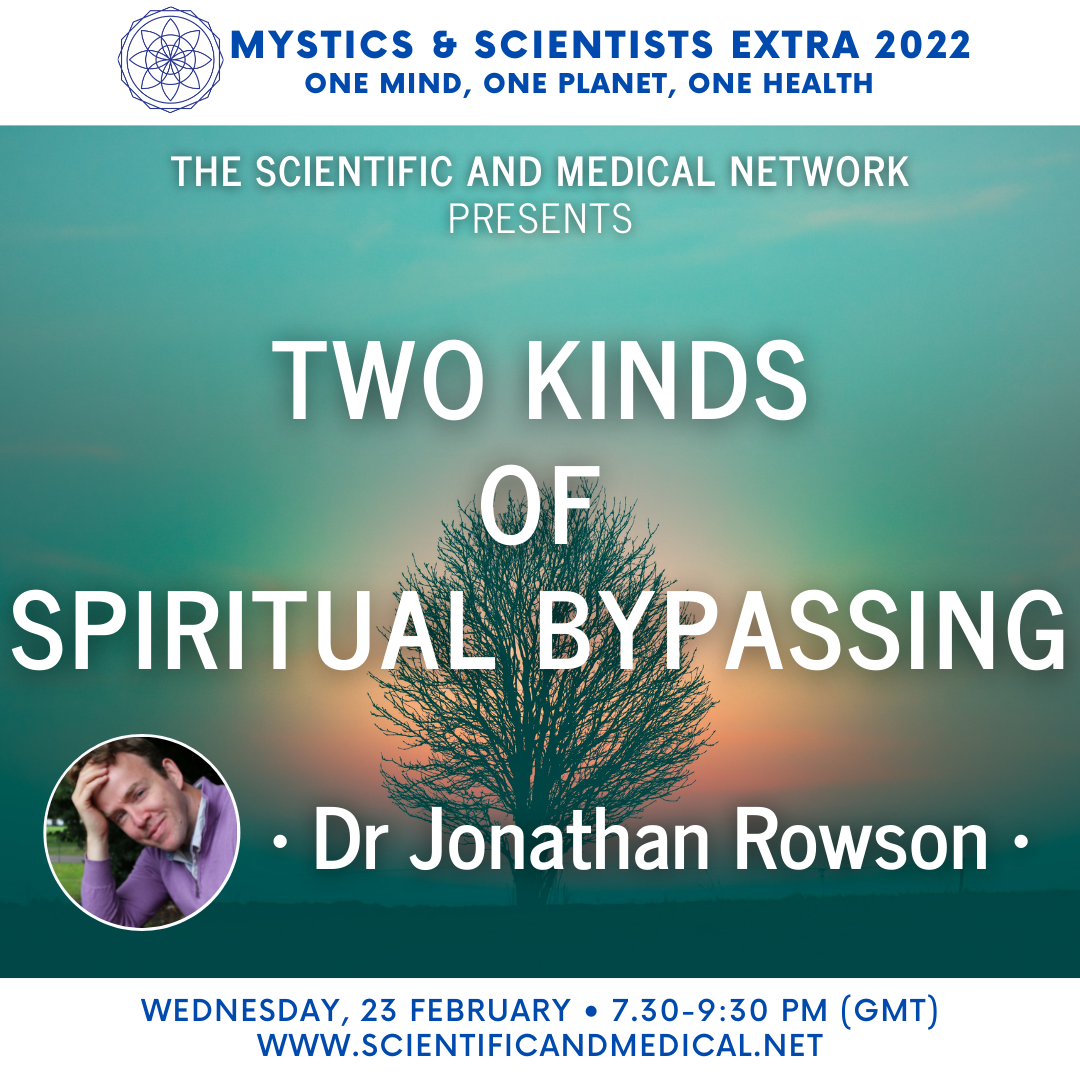 Dr Jonathan Rowson – Two Kinds of Spiritual Bypassing: Why Getting Spiritual Sensibility in Perspective is an Essential Part of Surviving the 21st Century

How do we get spiritual sensibility in perspective?

Spiritual bypassing is classically conceived of as the tendency to look for spiritual answers to psychological problems at a personal level and, less often perhaps, political problems at a societal level. Many of those who sense the need to bring the notion of transforming consciousness to bear on our ecological emergency and crisis of governance often fail to connect the case for spiritual sensibility to inner life as a whole, including its darker emotional and psychological aspects and, further, to its historically situated nature in all our systemic and structural complexity. This kind of spiritual bypassing is a neglected part of our collective predicament because it does not entail a vision of life that is either properly grounded or suitably planetary, and often amounts to a tacit adherence to consensus reality with some aspirational identity markers.

But there is another kind of spiritual bypassing, not about the misapplication of the spiritual but the complete ambivalence towards or disregard for it. This kind of spiritual bypassing is about more than an intellectual wariness towards the ambiguous term ‘spiritual’. Here the concern is with the need for metaphysical openness, whereby mind is not assumed to be merely reducible to matter but also potentially in relationship with transpersonal forms of life that are simply not perceptible in a materialist ontology or naturalist epistemology. And for the avoidance of doubt, yes that means I am just not sure about, inter-alia, the existence of ghosts, life after death, telepathy, divination, the reality of God and so forth. While it is important to retain one’s critical faculties, and social and academic conventions make many of these subjects taboo, when we don’t really understand time, consciousness or life as such, we need to remain vigilant about the metaphysical assumptions that shape our collective life and sense of what is normal and possible.

These two inclinations, to believe that all psychological and political problems are ultimately spiritual issues and best treated as such, and the complete disregard for bringing matters of ultimate concern to societal challenges are equally problematic, and can almost be seen as a 21st century version of C.P Snow’s ‘Two Cultures’ (1959). Taken together these two forms of spiritual bypassing confuse and undermine the case for transformative civic, moral and aesthetic education at scale (Bildung), which is now a societal imperative to address ecological collapse in particular. This talk will consider what might be done to minimise spiritual bypassing of all kinds, without foregoing the case for spiritual sensibility in renewing the world.

Jonathan Rowson, PhD is co-founder and Director of Perspectiva, which is committed to understanding the relationship between systems, souls and society in theory and practice with a view to help overcome collective immunity to transformation in a time between worlds. He is also an open society fellow and a research fellow at the Centre for the Understanding of Sustainable Prosperity at the University of Surrey. He was previously Director of the Social Brain Centre at the RSA where he authored a range of influential research reports on behaviour change, climate change and spirituality, and curated and chaired a range of related events.

By background, Jonathan is an applied philosopher with degrees from Oxford, Harvard and Bristol Universities. In a former life he was a chess Grandmaster and British Champion (2004–6) and views the game as a continuing source of insight and inspiration. His book, The Moves that Matter – A Grandmaster on the Game of Life was published by Bloomsbury in 2019. He lives in Putney, London, with his wife Siva, and their two sons, Kailash and Vishnu. A good overview of his work and Perspectiva’s purpose can be gleaned from his essay Tasting the Pickle: Ten flavours of meta-crisis and the appetite for a new civilisation. You can also find Jonathan on Twitter.