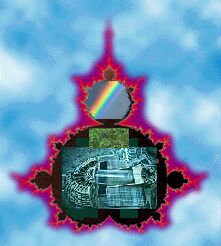 During his talk, Dr. Beauregard will present a large body of scientific evidence, related to mind and consciousness − e.g., mental influence on the activity of the brain and that of the psychosomatic network; psi phenomena; near-death experiences; reincarnation; spiritual experiences − showing that the materialist model of the world has run its course. Dr. Beauregard will also explain why we need to expand our model of reality by embracing a postmaterialist paradigm, and he will discuss elements of this emerging paradigm. He will further propose that the shift from materialist science to postmaterialist science may lead us to the next great scientific revolution.

MARIO BEAUREGARD PhD., is a neuroscientist currently affiliated with the Department of Psychology, University of Arizona. He has received a bachelor degree in psychology and a doctorate degree in neuroscience from the University of Montreal. He also underwent postdoctoral fellowships at the University of Texas Medical School (Houston) and the Montreal Neurological Institute (MNI), McGill University.

Dr. Beauregard is the author of more than 100 publications in neuroscience, psychology, and psychiatry. He was the first neuroscientist to use neuroimaging to investigate the neural underpinnings of voluntary control in relation to emotion. Because of his research into the neuroscience of consciousness, he was selected (2000) by the World Media Net to be one of the “One Hundred Pioneers of the 21st Century.” In addition, his groundbreaking research on the neurobiology of spiritual experiences has received international media coverage.

He has appeared over several radio programs in the U.S.A., Canada, and Europe, Asia, and Australia. His research has been featured on TV (Discovery Channel) and in many newspapers and magazines, including Nature, Science, The New Scientist, Scientific American Mind, and The Economist. Furthermore, he has received a number of distinctions, including the Joel F. Lubar Award (International Society for Neuronal Regulation, USA) and the Spectrum Award (The Institutes for the Achievement of Human Potential, USA).

Being also an author, Dr. Beauregard has published The Spiritual Brain (Harper Collins, 2007) and Brain Wars (Harper Collins, 2012). In these books, he demonstrates that mind and consciousness are much more than the activity of nerve cells in our brains.

He actively contributes to the articulation of the new postmaterialist scientific paradigm. Moreover, he is one of the founders of the Academy for the Advancement of Postmaterialist Sciences (AAPS).

The event is over and ticket sales are now closed.
Tags: Consciousness, NDE, Neuroscience, Postmaterialism, Psi