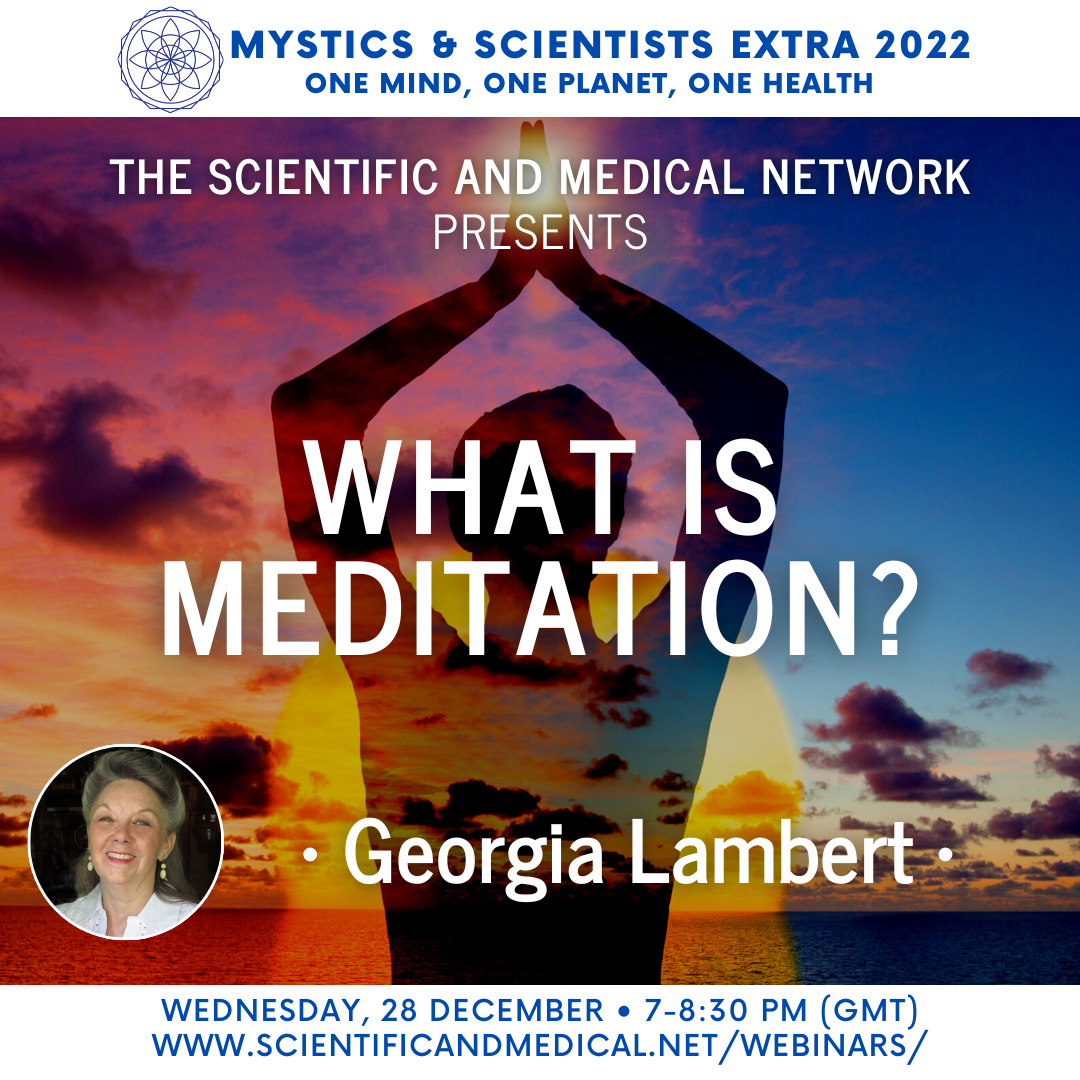 Georgia Lambert – What is Meditation?

What is Meditation and how can we practice it effectively?

Before we talk about what meditation really is, we must address what it isn’t. Much of what is called meditation in the metaphysical marketplace isn’t yet real meditation. I plan to cover various internal techniques, their purpose and function:

2. Visualization Technique. Its benefits and suggested exercises and use.

3. Concentration Technique. Its benefits and usage. A certain degree of skill here is required for true meditation.

I will cover how each of these categories builds upon the groundwork of previous internal work, and how some skill in these areas is required for real meditation. I will explain the three major categories and purposes of Meditation. I will include the relationship of Meditation to Spiritual Alchemy and the transformation and mastery of one’s matter or form nature. Questions will naturally arise as each category is covered and will be addressed as the subject unfolds.

Georgia Lambert has over fifty years of experience in the field of Esoteric Studies, receiving formal training in Eastern and Western disciplines, methods and traditions. She was the first to be licensed by the State of California to teach Meditation and Esoteric Physiology, an experimental course she presented for 3 years at the College of Osteopathic Medicine of the Pacific, and was a key speaker at the 1985 National Cranial Conference sponsored by the American Osteopathic Association. She served for 10 years on the teaching staff of the Philosophical Research Society under Manly Palmer Hall. In 1989, she became the first woman to address a Scottish Rite Research Group on the higher degrees of Masonry, and has given presentations for various Freemasonic groups over the years.

In England, she has given seminars for the Scientific and Medical Network at St. Catherine’s College in Oxford, and for the Wrekin Trust at Regent’s Park College, London. Her lecture credits include Children’s Hospital of Orange County, California State University of Fullerton, Orange Coast College, and Orange County Correctional Facility at Chino, The William Parker Holistic Health Center, The University of the Seven Rays, The Edgar Casey Foundation (A.R.E.), the Theosophical Society, and the Arcana Workshop. In 1995, 1996, and 1997 she gave presentations to the Pacific Southwest Regional Conclaves of the Rosicrucian Order A.M.O.R.C., both in the USA and in Canada.

Specializing in the synthesis of the Western Mystery Tradition, she has addressed private groups in both the United States and in Britain. She is currently teaching in depth classes to students around the world via an on-line, audio- visual medium, and has taught consistently for the last 40 years Her classes cover a wide range of esoteric traditions and meditation technique, including the Ageless Wisdom, The Kabbalah, Masonry, and the Arthurian Quest for the Grail. In addition to teaching, she is currently working on several books, including a book on internal disciplines and esoteric physiology for physicians, and a completed treatise on the working dynamics of esoteric groups.