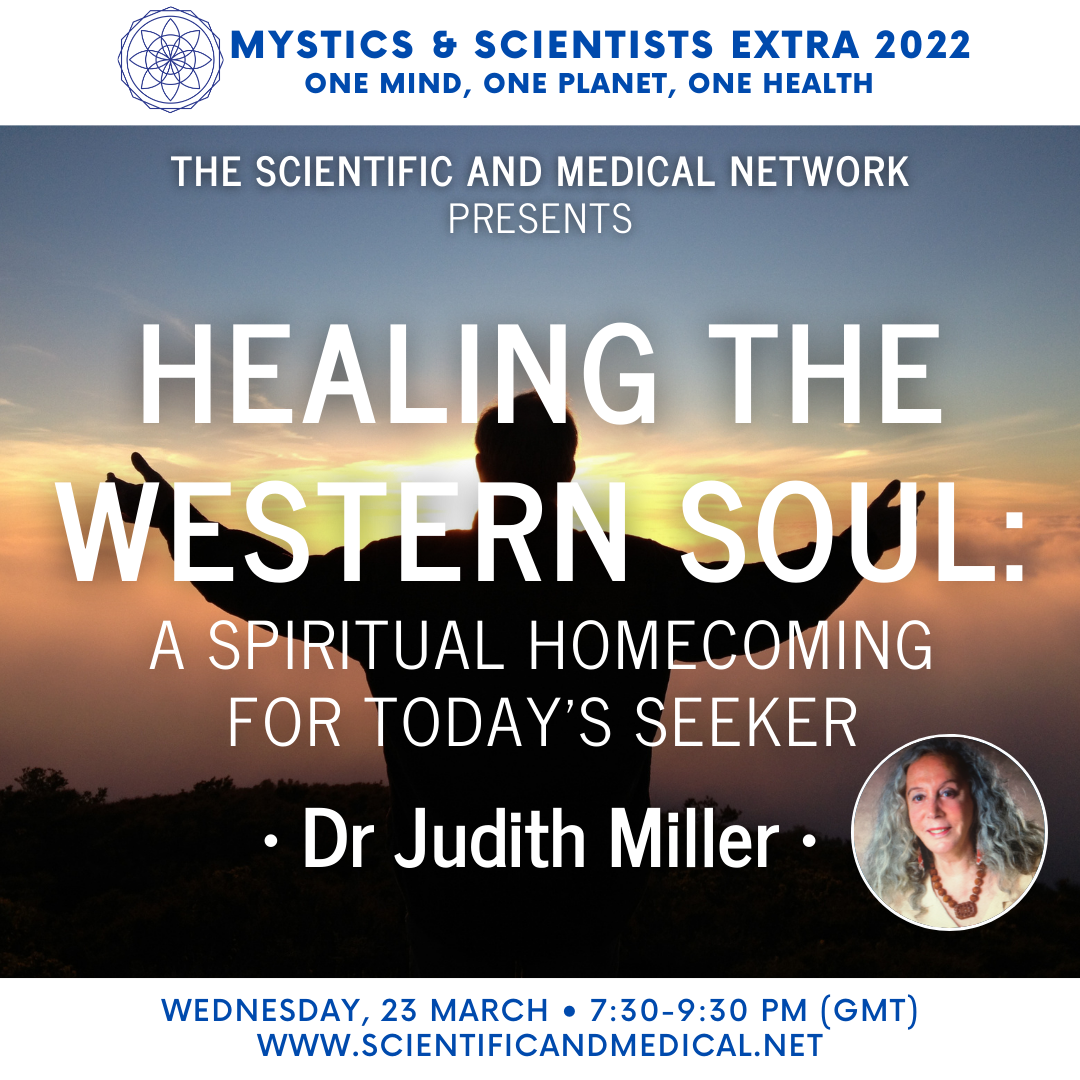 How can we re-integrate our sacred roots?

As humanity leans towards cultural fusion and one-world consciousness, why does this presentation call for healing the Western soul? Simply, because our collective Western soul is being torn asunder and fragmented. During these chaotic times where being “spiritual but not religious” is an integral part of popular culture and postmodernism, sincere and serious spiritual seekers are suffering more than ever; mental illness has become epidemic, narcissism prevails, and societal and existential angst are at an all-time high. Spirituality in the West – as it is understood and practised – is clearly not helping its followers to either reach second-tier consciousness or live fulfilling and harmonious lives. This lecture and discussion will focus on why it is necessary in the West to acknowledge and integrate the sacred foundation of our Judeo/Christian roots. It is time to stop rebelling against the limitations, dogma, and corruption of organized religion, because coming home to who we are has nothing to do with man-made organized religion.

Consciousness evolution is leading to the integration of Christ Consciousness. This necessitates moving beyond relativism and adapting a new sacred worldview: what Ken Wilber refers to as the “three faces of God” – the realization of God as 1) within (I Am), 2) beyond and transcendent, and 3) among us all. Irrespective of peoples’ differing cultures, traditions and life styles, it has become apparent that consciousness evolution means that people all over the world are being called to dive deeply into their own spiritual and cultural roots and identities. Only in this way, will humanity be able to authentically open their hearts and minds to all others.

Judith Miller PhD is a developmental psychologist and spiritual mentor who guides and supports peoples’ psycho-spiritual growth. She conducts Holotropic Breathwork training programs and retreats in the US, Europe, China, S. Korea and the Middle East. Additionally, through Breathwork seminars, she and a colleague have conducted healing work in Germany between descendants of Nazis and children and grandchildren of Holocaust survivors. Miller is an international speaker and has written articles in the fields of spiritual psychology and human development. She taught spiritual psychology at Columbia University for the last 20 years, and is the author of Healing the Western Soul: A Spiritual Homecoming for Today’s Seeker (2015), and Direct Connection: Transformations of Consciousness (2000).

The event is over and ticket sales are now closed.
Tags: culture, Humanity, Path, religion, Spirituality