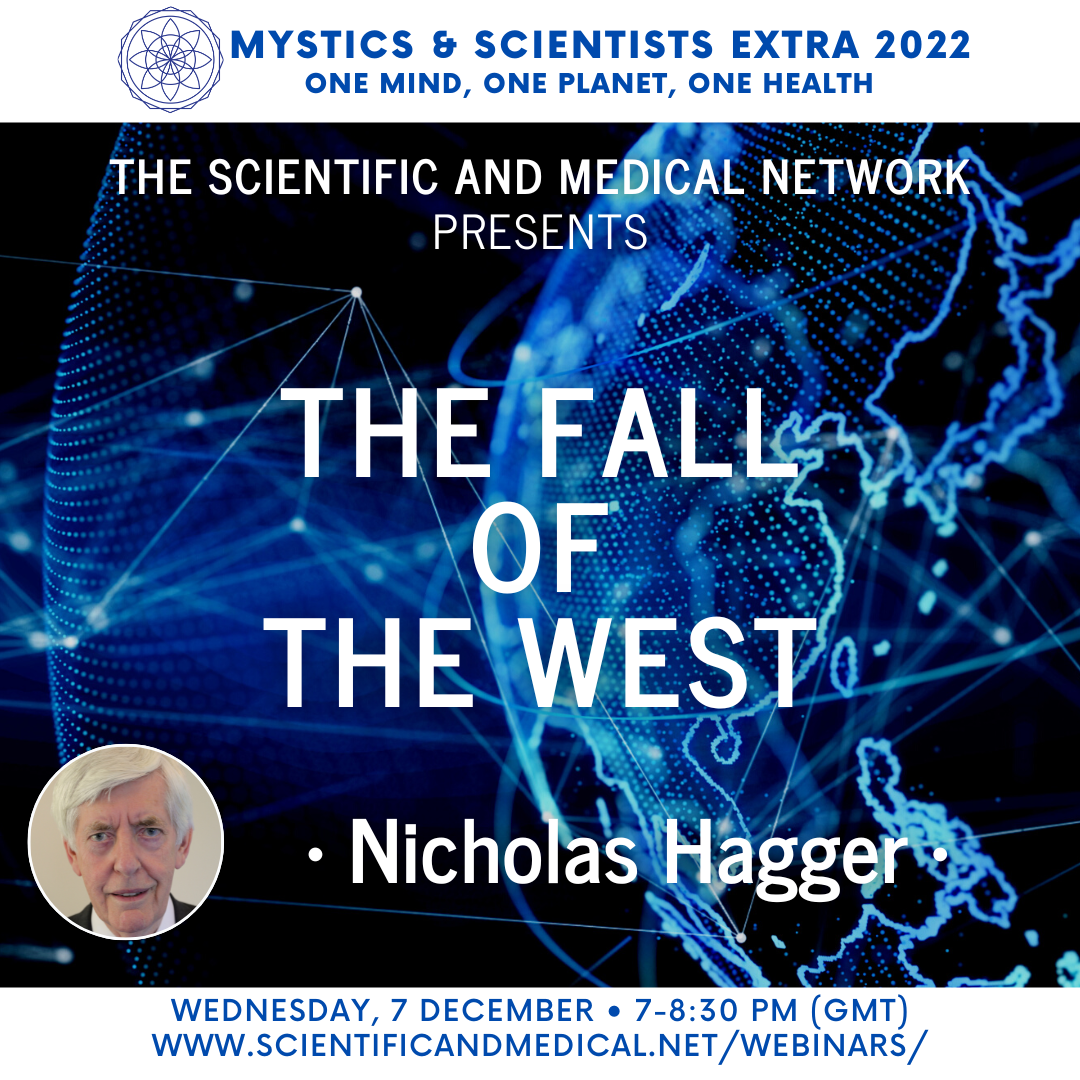 Nicholas Hagger – The Fall of the West

Can the West survive a growing storm of geopolitical changes?

Nicholas will begin by describing the extraordinary experiences he had in Japan and the new powers that came out of the Mystic Way – instinctive perception of the unity of the universe and humankind which lay behind his developing philosophical cross-disciplinary Universalism articulated in over 60 books: mysticism, literature, philosophy and the sciences, comparative religion, history, international politics, and statecraft and world culture. Of these he will now focus on history, international politics and statecraft. He will explain his view on the rise and fall of civilisations: 25 civilisations rise as a result of a mystic’s metaphysical vision of the Fire or Light and decline when they turn secular and lose contact with their central idea which gave them growth. He argues that the West seems to be less dominant than it was.

We are now in a multipolar world with four centres of power: the US, the EU, Russia and China.  Can the rise-and-fall pattern save the West?  Can the four multipolar centres get together at US instigation and create a democratic and representative world government? Can there be a democratic, partly-federal supranational, multipolar World State? The UN lacks powers to stop wars – there have been 162 wars between 1945 and 2017 the UN could not stop – and now we have the Russia-Ukraine war and talk of tactical nuclear weapons and the hypersonic Sarmat (Satan 2) which could wipe out the UK or France within three minutes of being fired. A partly-federal world government would be given new powers by the lower and upper houses and World President, and would address the world’s supranational and planetary challenges.

If the world can’t get together and the West undergoes a financial collapse and the Russia-Ukraine war drags on, ahead is a long slow decline and fall.  The West oversees 1 billion, and many of the remaining 7 billion are already looking to the East, where China’s Belt-and-Road Initiative has already been supplying new infrastructure on favourable terms to 140 countries.  Unless the US can organise a world government and partly-federal World State, its predominance may weaken and the West may decline for the rest of the century.  The West should be warned: the future peace and prosperity of the world should be worked for now.

Nicholas Hagger is a poet, man of letters, cultural historian and philosopher. He has lectured at universities in Iraq, Libya and Japan, where he was a Professor of English Literature, and has written 56 books. His substantial literary output includes 2,000 poems, two poetic epics, five verse plays, three masques, two travelogues and 1,200 short stories, and he has written innovatory works on literature, history, philosophy and international politics. His works on current affairs include The Secret History of the West, The Syndicate, The World Government, World State and World Constitution (all published by O-Books). His archive of papers and manuscripts is held as a Special Collection in the Albert Sloman Library at the University of Essex. In 2016 he was awarded the Gusi Peace Prize for Literature, and in 2019 the BRICS silver medal for ‘Vision for Future’. Find out more: https://www.nicholashagger.co.uk/