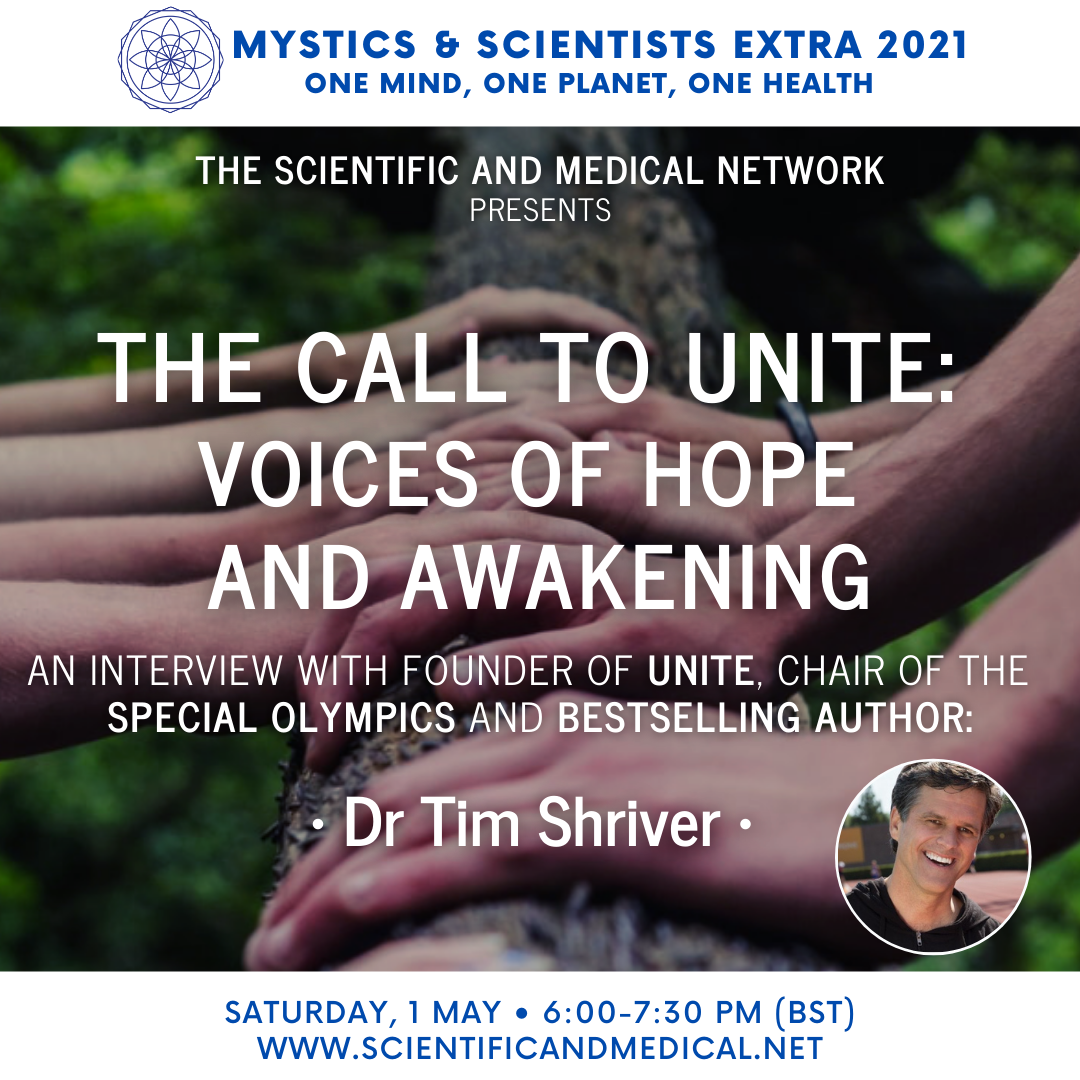 Dr Tim Shriver – The Call to Unite: Voices of Hope and Awakening

An interview with Dr Tim Shriver

At the beginning of last year, the world was faced with a public health crisis, the scope of which had not been seen in a century. As COVID-19 rapidly reached every corner of the globe, chaos and fear ran rampant. Yet, as the pandemic worsened, billions of people decided to respond with love, care, and compassion. Even though we were separated physically, people were connecting and reaching out—to neighbours and strangers alike—more than ever before.

Tim Shriver, Chair of Special Olympics, saw this as an opportunity for people to come together, and organized the Call to Unite event in May 2020, which featured nearly 300 participants, raised more than $85 million towards relief, and reached tens of millions of viewers in all fifty states.

Please click the image or title below to learn more or purchase the book:

‘THE CALL TO UNITE: Voices of Hope and Awakening’, by Tim Shriver and Tom Rosshirt

‘THE CALL TO UNITE’ captures the spirit of that event and features words of hope, wisdom, and inspiration from all walks of life: doctors, nurses, activists, religious leaders, former presidents, and artists. There are more than one hundred contributors, including:

With poems, essays, prayers, insightful conversations, and more, THE CALL TO UNITE invites readers to reject “us vs. them” thinking, and instead embrace pathways toward connection and belonging. This uplifting book provides a stepping stone not only to help us through a crisis, but to emerge stronger and more united than ever before.

Those seeking affirmation and inspiration need only look inside for guidance in finding the light in dark times. Only in embracing each other can we amplify the love that creates our global community. Only in coming together can we be our happiest, and our best.

Dr Tim Shriver is the founder of UNITE, the long-time Chair of Special Olympics, a bestselling author, a former teacher, a founding force of the social and emotional learning movement, a film producer, a husband, father, and grandfather, and a seeker of unity in society and in himself.

Tim has been a leading educator who focuses on the social and emotional factors in learning. He co-founded and currently chairs the Collaborative for Academic, Social, and Emotional Learning (CASEL), the leading school reform organization in the field of social and emotional learning. He is Co-Chairman of the National Commission on Social and Emotional Learning, and President of the Joseph P. Kennedy Jr. Foundation. He has produced four films, and authored  The New York Times  bestselling book  ‘Fully Alive – Discovering What Matters Most’.

The event is over and ticket sales are now closed.
Tags: Book, Compassion, Inspiration, Interview, Unite