David Lorimer, MA, PGCE, FRSA is a writer, lecturer, poet and editor who is a Founder of Character Education Scotland, Programme Director of the Scientific and Medical Network  and former President of Wrekin Trust and the Swedenborg Society. He has also been editor of Paradigm Explorer since 1986 and completed his 100th issue in 2019. Originally a merchant banker then a teacher of philosophy and modern languages at Winchester College, he is the author and editor of over a dozen books, including Survival? Death as Transition (1984,2017) Resonant Mind (originally Whole in One) (1990/2017), The Spirit of Science (1998), Thinking Beyond the Brain (2001), The Protein Crunch (with Jason Drew) and A New Renaissance (edited with Oliver Robinson). He has edited three books about the Bulgarian sage Beinsa Douno (Peter Deunov): Prophet for our Times (1991, 2015), The Circle of Sacred Dance, and Gems of Love, which is a translation of his prayers and formulas into English. His book on the ideas and work of the Prince of Wales – Radical Prince (2003) - has been translated into Dutch, Spanish and French. His new book of essays, A Quest for Wisdom was published in March 2021. 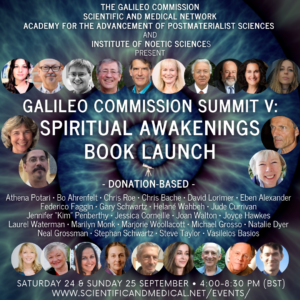 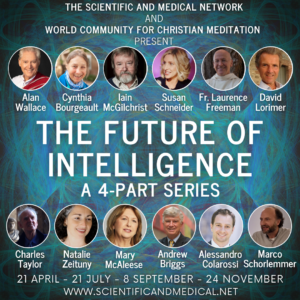 The Future of Intelligence – A Four-Part Series

In partnership with the World Community for Christian Meditation "Humanity is now ...
6:30 pm - 9:15 pm
View Detail
No event found!