Widening the Evidence Base in Science and Spirituality 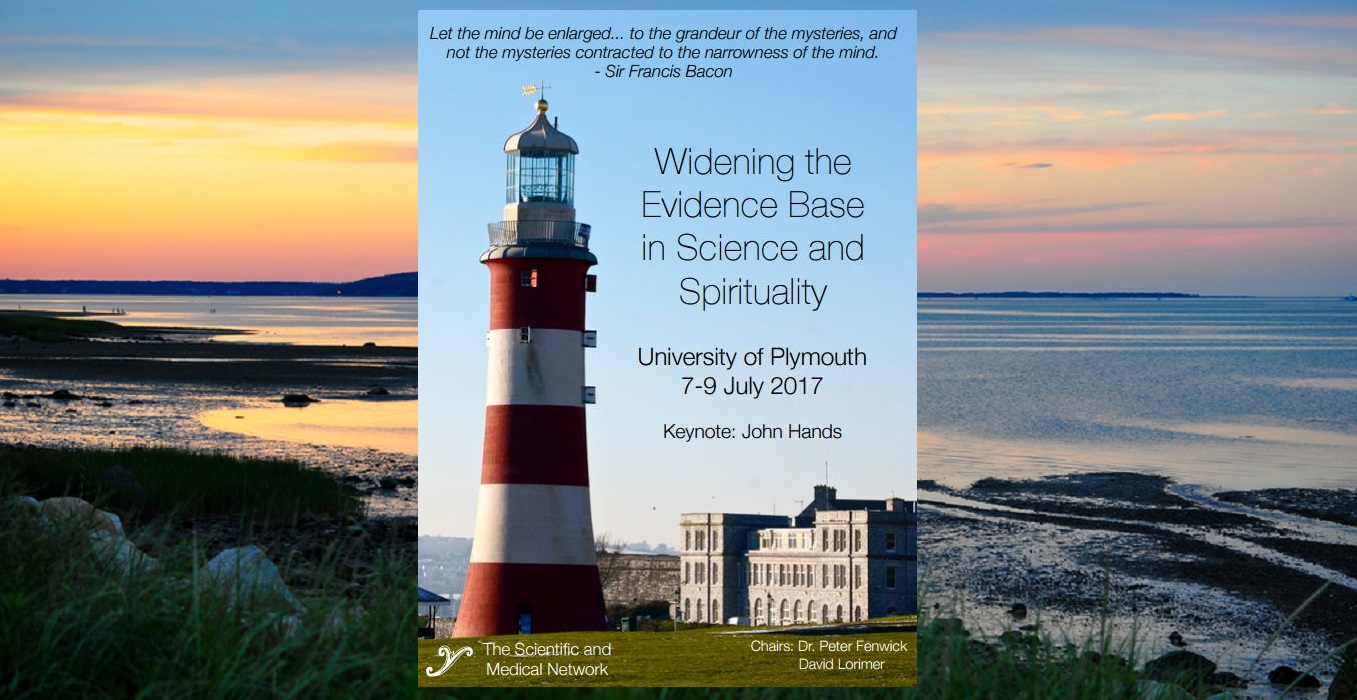 The 2017 Network Annual Gathering returns to the University of Plymouth, where we held the meeting some 10 years ago. The Programme will begin on Friday evening with drinks and dinner and continue on Saturday morning with a presentation from 2016 Network Book Prize winner John Hands, author of the magisterial book Cosmo Sapiens.

In the afternoon there will be free time for networking and for short informal presentations from members related to the theme, such as opening up other ways of knowing and new methodologies. Please send 150-word abstracts to [email protected] by May 30 at the latest.

On Saturday evening we will be going on an extended boat trip in The Spirit of Plymouth, so we can have our meal, entertainment, and party on board!

On Sunday we will hold our formal Annual General Meeting, where Members have a chance to hear from the officers about our work over the past year, to contribute to the evolving direction of the Network and to elect new members of the Network Board.

For those of you who have not yet attended the Network Annual Gathering, you will find it a wonderfully stimulating and sociable event where you can meet other Members in relaxed surroundings to exchange ideas and experiences. Non-members are also very welcome to attend this event.

HUMAN EVOLUTION FROM THE ORIGIN OF THE UNIVERSE – Evaluating the evidence

What are we? Where did we come from? and Why do we exist? are questions that have fascinated humans for at least 25,000 years.This talk will reveal what answers are found by evaluating the latest evidence of the origin and evolution of the matter and energy of which we ultimately consist, the origin and evolution of life on Earth, and the origin and evolution of humans. It will argue that many current scientific explanations, like NeoDarwinism, are contradicted by empirical evidence obtained in the 21st century. Moreover, there is an underlying pattern in the evidence of cooperation, complexification, and convergence that accords with the insights of seers from different cultures. It concludes that, uniquely as far as we know, we humans are the unfinished product of an accelerating cosmic evolutionary process and the self-reflective agents of our future evolution.
THE POWER AND THE LIMITATIONS OF SCIENCE

Within the domain of science it will consider the prejudice of the scientific establishment against psychic, or mental, energy while accepting the existence of an unknown dark energy to account for more than two-thirds of the universe. It will argue that the reductionist method is a powerful but incomplete tool for arriving at explanations and has led to a belief in scientific materialism, which is a contradiction in terms. It will consider what we need to investigate outside the domain of science in order to understand the reality of what we are. 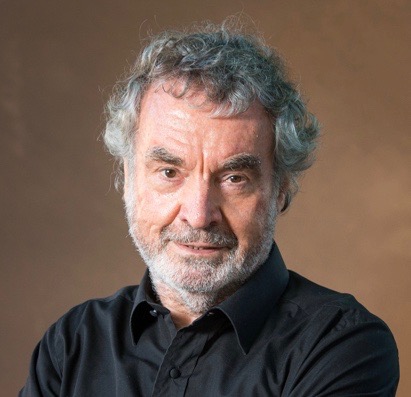 John Hands graduated in chemistry from the University of London and co-authored two research studies and published one book in the social sciences. He was the founding Director of the Government’s Co-operative Housing Agency and served on three Government committees. He has tutored in both physics and management studies for the Open University and was Royal Literary Fund Fellow at University College London. He has written three novels and been published in 8 countries. He devoted more than ten years to evaluating scientific theories about human evolution from the origin of the universe, resulting in the recent publication of COSMOSAPIENS, selected as a Times Literary Supplement Book of the Year and a Telegraph Best Science Book of the Year, and for which John received an Authors’ Foundation Award. It is being published in the USA, Germany, China, and Spain.

The University of Plymouth has over 23,000 students and nearly 3,000 staff – our Chair, Dr. Paul Filmore, has worked there for many years. Given its location, it is not so surprising that it runs courses in maritime business, marine engineering, marine biology, and Earth, ocean & environmental sciences. It also accredits the MSc in Holistic Science based at Schumacher College. The city itself is known for its maritime heritage and historic Barbican district with narrow, cobbled streets. The Mayflower Steps are where the Pilgrim Fathers set sail for the New World in 1620.

Plymouth is easily accessible by road and rail, and the nearest airport is now Exeter. Further details, including parking arrangements, will be sent with joining instructions.

Accommodation is in en-suite single or double rooms. Rates include all meals and coffee/tea breaks as well as the boat trip. Please reply using the booking form. In the event of cancellation, a fee of £20 will be retained, and no refunds can be given after 25 June.

This year we will again be holding a fundraising book bazaar and invite Members to bring their surplus books for sale. You are also welcome to bring copies of your own books for sale on the basis of a 50:50 split of profits with the SMN.