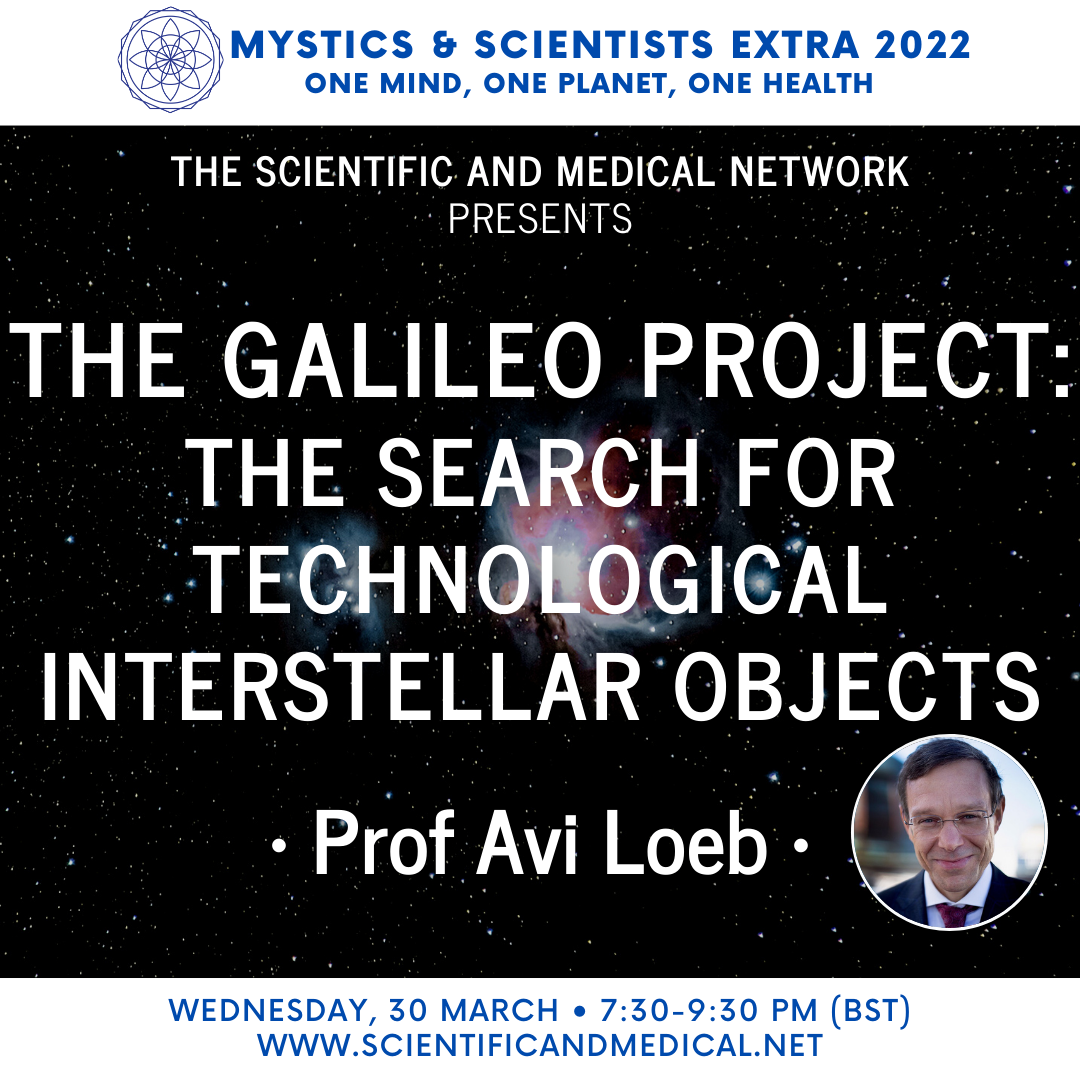 What clues do we have to extraterrestrial intelligence?

The search for extraterrestrial life and intelligence is one of the most exciting frontiers in science. First tentative clues were identified close to Earth in the form of the unusual interstellar object Oumuamua and Unidentified Aerial Phenomena (UAP) in the Earth’s atmosphere. The recently announced Galileo Project ushers the new frontier of “space archaeology” in search of extraterrestrial technological relics. This lecture will feature content from his book Extraterrestrial and his textbook Life in the Cosmos, both published in 2021, as well as material from his frequent commentaries.

Abraham (Avi) Loeb is the Frank B. Baird, Jr., Professor of Science at Harvard University and a bestselling author (in lists of the New York Times, Wall Street Journal, Publishers Weekly, Die Zeit, Der Spiegel, L’Express and more). He received a PhD in Physics from the Hebrew University of Jerusalem in Israel at age 24 (1980-1986), led the first international project supported by the Strategic Defense Initiative (1983-1988), and was subsequently a long-term member of the Institute for Advanced Study at Princeton (1988-1993). Loeb has written 8 books, including most recently, Extraterrestrial (Houghton Mifflin Harcourt, 2021), and about 800 papers (with an h-index of 117) on a wide range of topics, including black holes, the first stars, the search for extraterrestrial life and the future of the Universe.

Loeb is the Head of the Galileo Project in search for extraterrestrial intelligence, the Director of the Institute for Theory and Computation (2007-present) within the Harvard-Smithsonian Center for Astrophysics. He had been the longest serving Chair of Harvard’s Department of Astronomy (2011-2020) and the Founding Director of Harvard’s Black Hole Initiative (2016-2021). He is an elected fellow of the American Academy of Arts & Sciences, the American Physical Society, and the International Academy of Astronautics. Loeb is a former member of the President’s Council of Advisors on Science and Technology (PCAST) at the White House, a former chair of the Board on Physics and Astronomy of the National Academies (2018-2021) and a current member of the Advisory Board for “Einstein: Visualize the Impossible” of the Hebrew University. He also chairs the Advisory Committee for the Breakthrough Starshot Initiative (2016-present) and serves as the Science Theory Director for all initiatives of the Breakthrough Prize Foundation. In 2012, TIME magazine selected Loeb as one of the 25 most influential people in space and in 2020 Loeb was selected among the 14 most inspiring Israelis of the last decade. Click here for Loeb’s commentaries on innovation and diversity. Find out more here: https://www.cfa.harvard.edu/~loeb/.