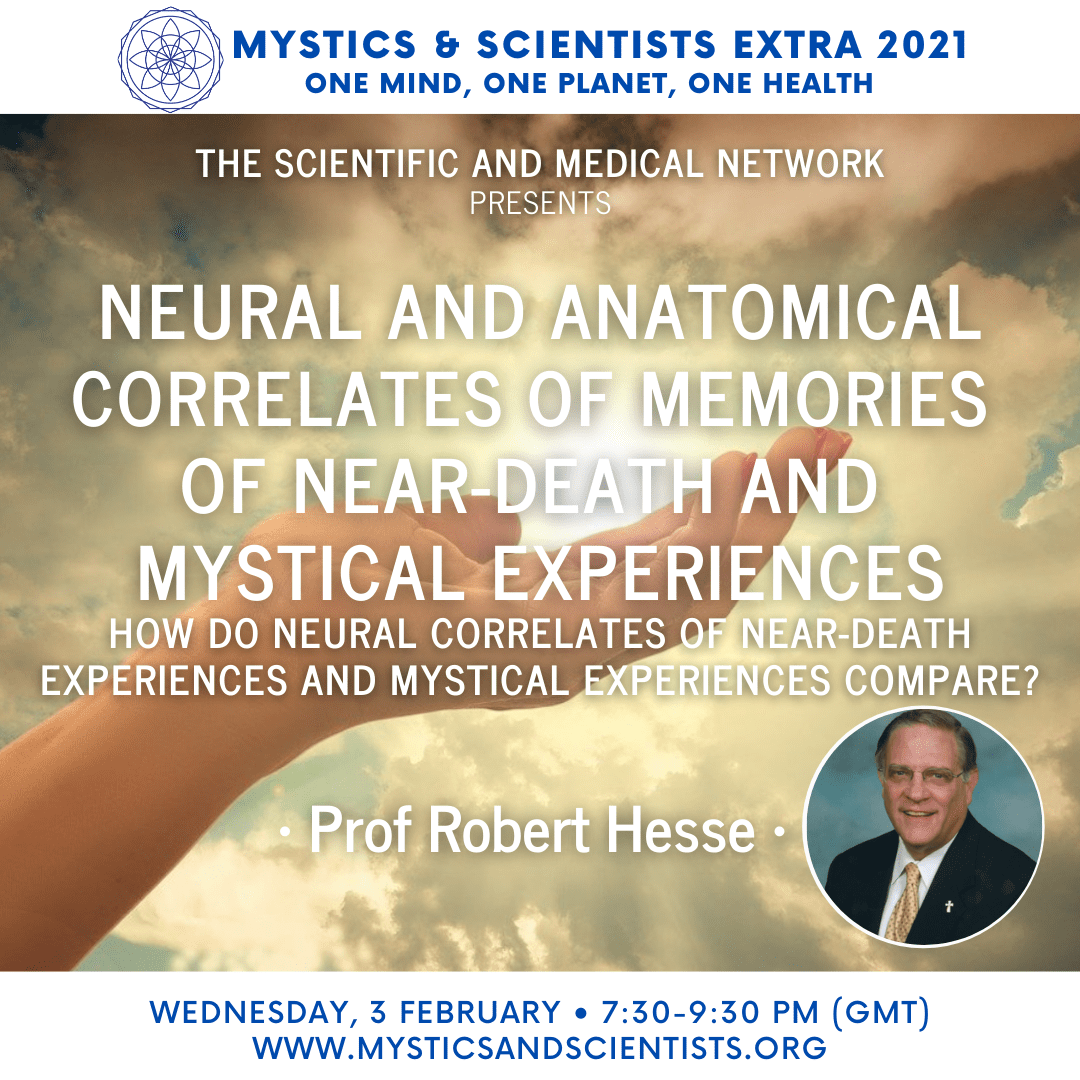 Robert says: “For Centuries NDE and SCE have been reported by all faiths including Abrahamic religious contemplatives: Christian mystics, Muslim Sufis, and Jewish Kabbalists. Their anecdotal reports show both NDE and SCE have similar attributes: cognitive timelessness, affective peace, transcendent oneness, and paranormal out-of-body experiences. Our Greyson Scale evaluation of these attributes show a correlation between NDE and SCE. Contemporary first-person SCE leading to relived NDE provided the insight and incentive for this unique scientific study comparing the memories of NDE and SCE in separate subjects. We recorded and processed brain activity by quantitative electroencephalography tomography (QEEGt) methodology.

There was a clear correlation of brain activation in delta, alpha and gamma bands and calculated frontal lobe activation for both NDE and SCE subjects. Although there was a statistically greater activation for the SCE subjects. QEEGt allows a reformulation of QEEG techniques in a 3D anatomic framework using anatomical information provided by MRI to constrain EEG inverse solutions to the sites where primary currents might be generated. These constraints contribute to overcoming the nonuniqueness of the inverse solutions. This study has relevance to neuroscientists studying consciousness. Separately it has interest to the approximately 87% of the population that believes in an afterlife.”

Robert Hesse PhD is a permanent Catholic deacon. He is Co-founder and President of Contemplative Network, dedicated to interdenominational Christian contemplative prayer teaching, scientific research and interfaith dialogue. He was inspired by Trappist Monk, Fr. Thomas Merton, while on retreat at Gethsemani Trappist monastery. Later he was appointed by Trappist Fr. Thomas Keating, Commissioned Presenter of Contemplative Outreach Ltd. (COL) and Keating’s emissary to the first COL dialogue with the Mind & Life Institute, in response to an invitation by The Dalai Lama to Keating. He is retired Vice Chairman and faculty member of the interfaith Institute for Spirituality and Health, the oldest such organization in the U.S.A located in the Texas Medical Center, the largest in the world. He is also Adjunct Professor at the University of St. Thomas. He has given numerous international and interfaith presentations, retreats and courses on contemplative prayer and Faith and Science, having degrees in both.

-Visit the Contemplative Network and Institute for Spirituality & Health.