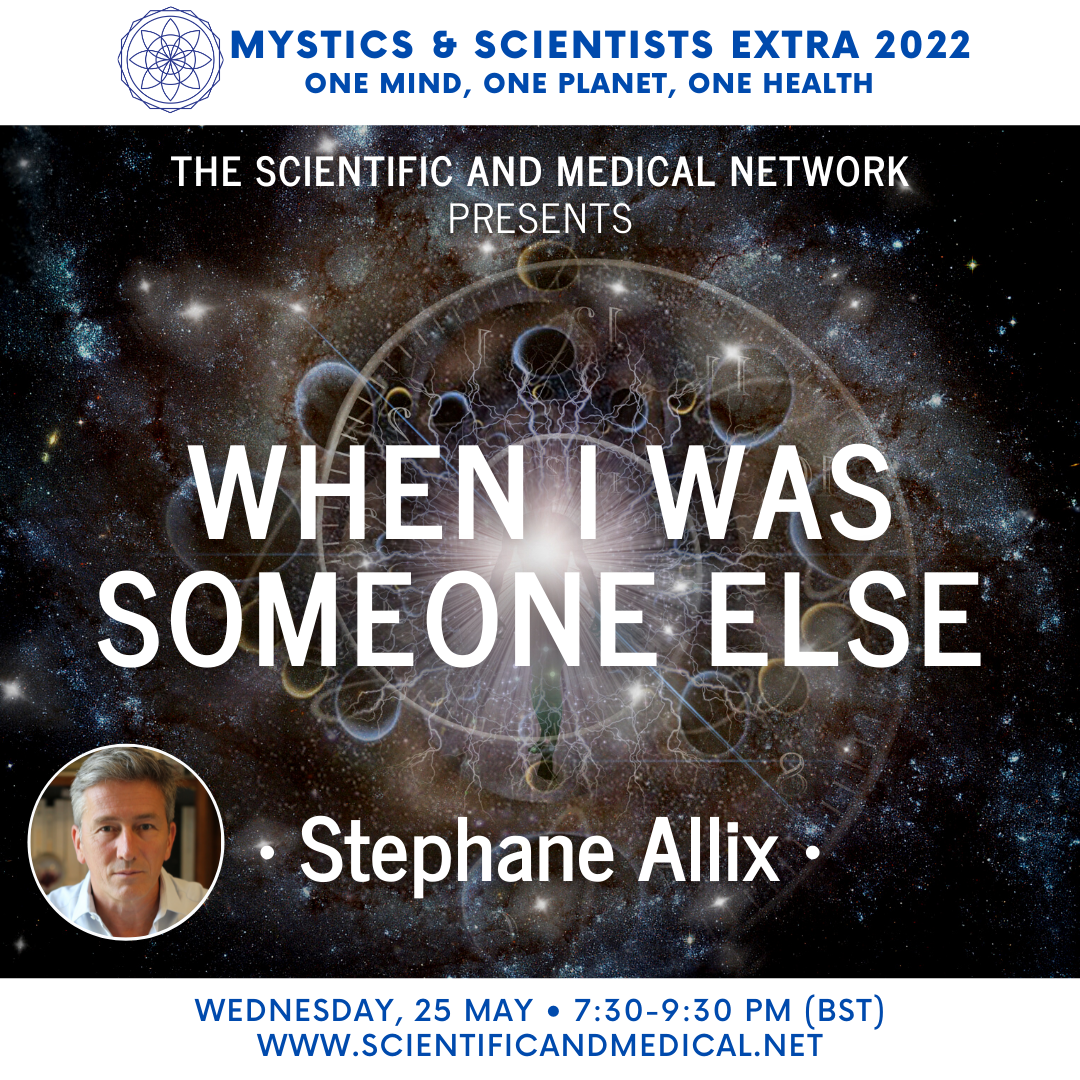 Stephane Allix – When I was Someone Else

An Interview with Stephane Allix

While on a spiritual retreat, journalist Stéphane Allix experienced a waking vision of a soldier dying on a battlefield, followed by scenes from the soldier’s life. Allix began an investigation that revealed the individual had existed and that the soul of this dead soldier was coming to him for healing and forgiveness.

Obsessed by the power of this extremely real vision, Allix began an intensive investigation that revealed this individual had actually existed: a German soldier who died in World War II during the 1941 Russian campaign. As he began retracing Herrmann’s past, he found that the other images accompanying the battle scene were also of people who had truly existed and were close to the man who died. Diving deep into German military archives, meeting the man’s surviving family members, and following his own intuitive hunches, the author also discovered that the soldier was part of the Waffen S.S., the infamous Totenkopf Brigade, and his investigation broadened to explore what drove Herrmann to become part of such an organization.

While Allix’s initial impression is that this German soldier was a past life, as he progresses in his rigorous investigation and his decoding of the events surrounding it, he realizes that it was actually his own work with the paranormal and his unresolved feelings over the death of his brother and his father that made him particularly sensitive to the veil between life and death, culminating in the soul of this dead soldier coming to him in search of forgiveness and healing. Allix realizes that his mission is not to bring about the rebirth of this person but to heal him – and the victims of his ignominious actions during the war.

Offering a fascinating exploration of visions, synchronicities, reincarnation, and the connections between the spiritual and physical planes, When I Was Someone Else shares a powerful message of healing after death along with the profound epiphany that light needs darkness to be perceived.

Stéphane Allix is a journalist, former war correspondent, and founder of the Institute for Research on Extraordinary Experiences (INREES). He is the author of The Test: Incredible Proof of the Afterlife and the writer and director of the French television series Extraordinary Investigations (Enquêtes extraordinaires). He lives in France.

The event is over and ticket sales are now closed.
Tags: Consciousness, Forgiveness, healing, past lives, Reincarnation