Are there any other hidden powers of the mind and thought at work in today’s world politics? 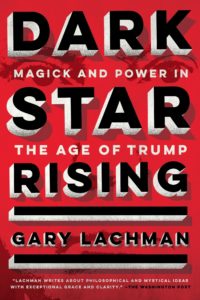 In Dark Star Rising: Magick and Power in the Age of Trump, historian and cultural critic Gary Lachman takes a close look at the various magical and esoteric ideas that are impacting political events across the globe.

From New Thought and Chaos Magick to the far-right esotericism of Julius Evola and the Traditionalists, Lachman follows a trail of mystic clues that involve, among others, Norman Vincent Peale, Pepe the Frog, the Alt-Right, meme magic, and Vladimir Putin and his postmodern Rasputin.

Come take a drop down the rabbit hole of occult politics in the twenty-first century and find out the post-truths and alternative facts surrounding the 45th President of the United States. 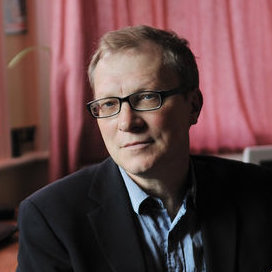 GARY LACHMAN is the author of twenty-two books on consciousness, culture, and the western esoteric tradition including Lost Knowledge of the Imagination, The Secret Teachers of the Western World, The Quest for Hermes Trimegistus, and Turn Off Your Mind: The Mystic Sixties and the Dark Side of the Age of Aquarius.

He writes for several journals in the US, UK and Europe, his work has been translated into more than a dozen languages, and he lectures around the world.

In a former life Lachman was a founding member of the pop group Blondie and in 2006 he was inducted into the Rock and Roll Hall of Fame. He can be reached at www.garylachman.co.uk

Dark Star Rising: Magick and Power in the Age of Trump was a Zoom presentation, hosted by Claudia Nielsen, as part of an ongoing series of SMN London group talks, which were previously held as live events in Hampstead, London.

Thank you to all those who purchased live tickets to this event. The event is now over but we have a HQ YouTube video that is now available to purchase access to, for anyone who missed this. Chose a ticket level below and then we will send you a private link to view it online. (All live participants will automatically receive the recording link).

Running alongside the acccepted history of western consciousness there is another current which should have pride of place but which has been relegated to a shadowy, inferior position, somewhere underground. In the seventeenth century this other current – known variously as the western esoteric tradition, the western inner tradition, and the Hermetic tradition – fell victim to a coup d’etat enacted by one side of our brain against the other.

Humans have been trying to make sense of the universe since they first looked up at the stars. Most of us have now rejected the…

One of the fundamental assertions in the theory and discipline of yoga, as in any serious spiritual teaching, is that the true knower is not…

We use cookies on our website to give you the most relevant experience by remembering your preferences and repeat visits. By clicking “Accept”, you consent to the use of ALL the cookies.
Do not sell my personal information.
Cookie settingsACCEPT
Manage consent

This website uses cookies to improve your experience while you navigate through the website. Out of these, the cookies that are categorized as necessary are stored on your browser as they are essential for the working of basic functionalities of the website. We also use third-party cookies that help us analyze and understand how you use this website. These cookies will be stored in your browser only with your consent. You also have the option to opt-out of these cookies. But opting out of some of these cookies may affect your browsing experience.
Necessary Always Enabled

Any cookies that may not be particularly necessary for the website to function and is used specifically to collect user personal data via analytics, ads, other embedded contents are termed as non-necessary cookies. It is mandatory to procure user consent prior to running these cookies on your website.

SAVE & ACCEPT
Clear Clear All