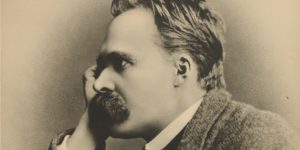 Nietzsche famously announced the ‘death of God’ and prophesied the inevitable onset of an age of nihilism in which ‘everything lacks meaning’ and ‘our “why” finds no answer. The SMN has long been concerned with this issue and has debated from various points of view the possibility of a new paradigm or worldview ‘beyond nihilism’. The talk will address this issue by examining Nietzsche’s own ‘answer’ which involves transforming our traditional values and a new understanding of humanity and our place in nature.

Prof  JOHN CLARKE has taught philosophy and the history of ideas at the universities of McGill, Singapore and Kingston. In his earlier academic writings he specialized in the ideas of C.G. Jung and the philosophical dialogue between Eastern and Western traditions, and in his most recent book The Self-Creating Universe: the Making of a Worldview he explores the broad implications of emergentist theory, about which he spoke some years ago at the London Group. He is a Vice-President of the SMN.

Beyond Nihilism: what can we learn from Nietzsche? was a live Zoom presentation, hosted by Claudia Nielsen, as part of an ongoing series of SMN London group talks online, which were previously held as live events in Hampstead, London.

Thank you to all those who purchased live tickets to this event. The event is now over but we have a HQ YouTube video that is now available to purchase access to, for anyone who missed this event. Chose a ticket level below and then we will send you a private link to view it online. (All live participants will automatically receive the recording link).

Emergentism, the subject of this article, is an old idea which in recent times has acquired new life and generated much interest and research across…