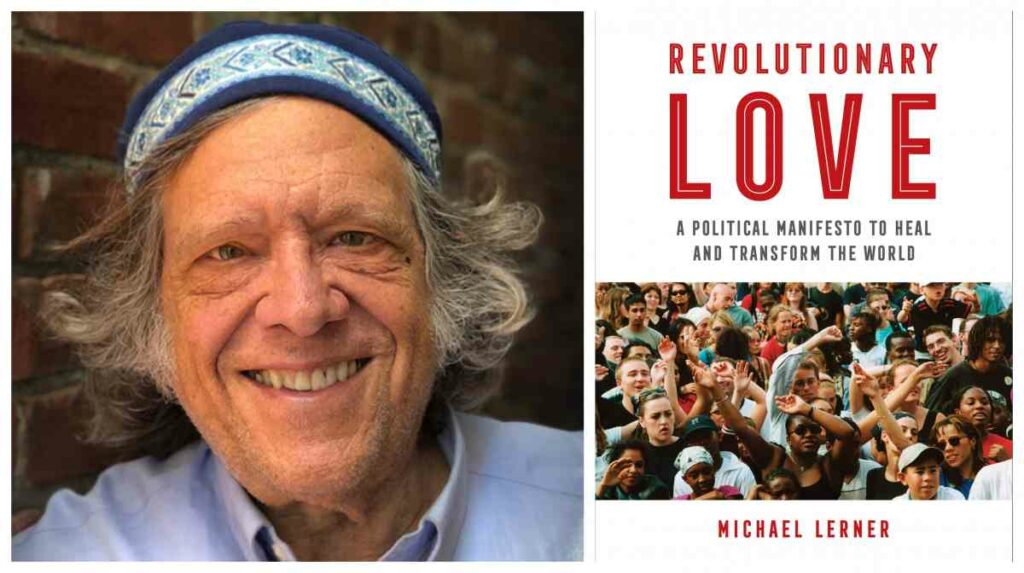 From social theorist and psychotherapist Rabbi Michael Lerner comes a strategy for a new socialism built on love, kindness, and compassion for one another. Revolutionary Love proposes a method to replace what Lerner terms the “capitalist globalization of selfishness” with a globalization of generosity, prophetic empathy, and environmental sanity.

Lerner challenges liberal and progressive forces to move beyond often weak-kneed and visionless politics to build instead a movement that can reverse the environmental destructiveness and social injustice caused by the relentless pursuit of economic growth and profits. Revisiting the hidden injuries of class, Lerner shows that much of the suffering in our society—including most of its addictions and the growing embrace of right-wing nationalism and reactionary versions of fundamentalism—is driven by frustrated needs for community, love, respect, and connection to a higher purpose in life. Yet these needs are too often missing from liberal discourse. No matter that progressive programs are smartly constructed—they cannot be achieved unless they speak to the heart and address the pain so many people experience.

Liberals and progressives need coherent alternatives to capitalism, but previous visions of socialism do not address the yearning for anything beyond material benefits. Inspired by Herbert Marcuse, Erich Fromm, and Carol Gilligan, Revolutionary Love offers a strategy to create the “Caring Society.” Lerner details how a civilization infused with love could put an end to global poverty, homelessness, and hunger, while democratizing the economy, shifting to a twenty-eight-hour work week, and saving the life-support system of Earth. He asks that we develop the courage to stop listening to those who tell us that fundamental social transformation is “unrealistic.”

Rabbi Michael Lerner is the editor of the Jewish, interfaith and secular-humanist-welcoming Tikkun magazine. He is the author of 12 books including Revolutionary Love: a Political Manifesto To Heal and Transform the World, The Politics of Meaning, Spirit Matters, The Left Hand of God, and, with Cornel West  Jews and Blacks–Let the Healing Begin; The Socialism of Fools: Anti-Semitism on the Left; Surplus Powerlessness: The Psychodynamics of Daily Life and Work; and more. In the 1960s he was the chair of the Berkeley chapter of SDS (Students for a Democratic Society), in the 1970s he was described by J. Edgar Hoover (director of the FBI) as one of the most dangerous criminals in America though he never participated in any act of violence; if the 1980s, having earned a PhD in philosophy at the University of California (Berkeley) and then a second PhD in Social and Clinical Psychology he was the principal investigator of a National Institute for Mental Health studying the psychodynamics of work and family life for middle income working class people. He then started Tikkun magazine which he has been editing since 1986.
• www.tikkun.org.
• www.spiritualprogressives.org