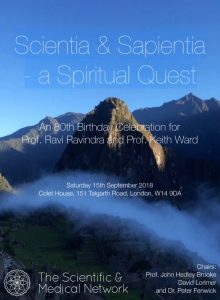 Ravi Ravindra and Keith Ward are among the leading figures in the world exploring
the nature of reality across spiritual traditions and in their relationship with science.
Both have thought deeply, written extensively and spoken widely on science and
spirituality but this is the first time they have been brought together on this special
occasion to mark their respective 80th birthdays. Although Ravi comes from an Indian
cultural background, he has written a best-selling book on the Gospel of John while
Keith’s Images of Eternity explores other spiritual avenues. There will also be a
meditation with Ravi and presentations by artist Rob Floyd and musician Norman
Higgins. This promises to be a scintillating and informative dialogue between two of
the most prominent contemporary scholar-seekers – a day not to be missed! 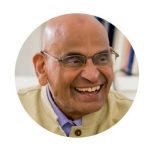 Born and partly educated in India Ravi Ravindra is now Professor
Emeritus at Dalhousie University in Halifax (Canada) where he served
for many years as a Professor in the departments of Comparative
Religion, Philosophy and Physics. Ravi was a Member of the
Institute of Advanced Study in Princeton and the Founding Director
of the Threshold Award for Integrative Knowledge. He is the author
of several books on religion, science, mysticism, and spirituality. His
latest book The Bhagavad-Gita: A Guide to Navigating the Battle of
Life is published by Shambhala Publications in spring 2017. Ravi
regards himself less of a ‘scholar’ and more of a ‘searcher, ‘ returning
repeatedly to wondering ‘Who am I?’ and ‘Why am I here?’ Ravi’s spiritual
search has led him to the teachings of G. I. Gurdjieff, J. Krishnamurti, Zen, Yoga, and a deep
immersion in the mystical teachings of the Indian and Christian classical traditions. 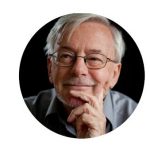 Teaching philosophy, theology, and religious studies at various
times, Keith Ward has been an academic virtually all his
working life. He is, by nature and conviction, an Idealist
philosopher, somebody who believes in the supremacy of
Spirit or Mind, and who thinks that the material universe is an
expression or creation of a Supreme Mind. He sees religions
as very ambiguous but probably necessary ways of giving
humans some awareness of this Supreme Mind. He is a
Christian, but he has an interest in the many diverse ways in which
humans have sought spiritual truth, and in trying to understand what these various
paths may have to teach. He thinks the main task for religious believers today is to
ensure that their beliefs are conducive to human flourishing and, so far as is possible, to
the flourishing of all sentient beings; to relate ancient religious beliefs to the modern
scientific world view; and to see their own faith in a truly global context. 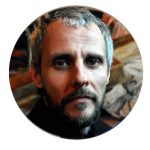 Rob Floyd is a painter working primarily in oils, both on canvas
and board, as well as producing graphic pieces in pen, ink
and charcoal on paper. His output ranges from portraiture to
large scale religious work, to landscapes (particularly
skyscapes) and still lives. Regardless of genre, all Rob’s art
represents an attempt to engage with the Divine. Rob’s
association with Ravi Ravindra began when Ravi kindly wrote
the foreword to his Stations of the Cross catalogue (Ravi’s ‘The
Gospel of John in the Light of Indian Mysticism’ being a profound
influence on the creation of this body of work). Along with Priscilla
Murray, Rob and Ravi delivered a talk, ‘Resurrection of the Christ – It’s Meaning in our
Lives’ in 2016. 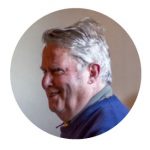 Norman Higgins is the choirmaster in the St Mary’s with St Richard’s Anglican Church in
Northolt. He leads an innovative company offering music, stories, scripts and ideas for
all forms of dance, from the youngest children’s imaginative dance
to an adult company performing ballets and shows on stage.
He has worked with many dancers including Margot Fonteyn
and Tamara Karasavina, He is the chief musician in the
Gurdjieff Society in London.

pay for regular admission via our Eventbrite link