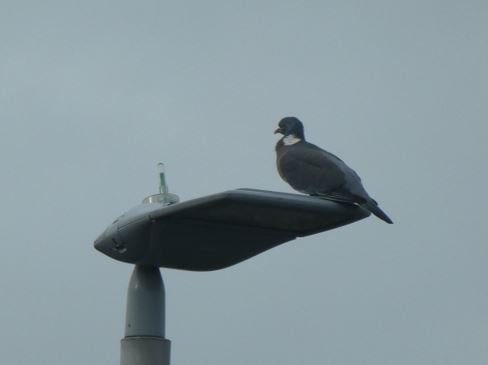 “I cannot welcome such technology if the radiation standards, which must protect the citizen, are not respected, 5G or not. The people of Brussels are not guinea pigs whose health I can sell at a profit. We cannot leave anything to doubt.”

We hear a lot in the media these days on the deployment of the new 5G radio internet system, and the security risks it poses. Politicians say that the Chinese government may end up spying on us with the help of Huawei technology. But what about the health risks associated with bathing the human body long term in radio frequency radiation 100 times more powerful than that of cell phones? On that issue the media is generally silent. One story to hit the headlines was on April 1, 2019 when the city of Brussels stopped the deployment of 5G in the city because no one could credibly predict the radiation level to which citizens would be exposed.

Is 5G safe? In a recent interview with Digital Trends a spokesman for the Food and Drug Administration said that, “it continues to believe that the current safety limits for cellphone radiofrequency energy exposure remain acceptable for protecting the public health. The limits are based on the frequency of the device, meaning that 5G has a different limit than other technologies. As part of our commitment to protecting the public health, the FDA has reviewed, and will continue to review, many sources of scientific and medical evidence related to the possibility of adverse health effects from radiofrequency energy exposure in both humans and animals and will continue to do so as new scientific data are published.

In summary, they don’t know. The testing has not been done. The safe radiation levels are yet to be established. A microwave network is being deployed worldwide while we know nothing about its adverse health effects.

“Putting in tens of millions of 5G antennae without a single biological test of safety has got to be about the stupidest idea anyone has had in the history of the world.”

His report discusses specific health effects of radio frequency energy, and why 5G is different and potentially more dangerous. He lists hundreds of studies on the effects of microwave energy on biological systems. Most of those studies, linking cell phones to cancer, autism and other disorders are known. Most astonishing is that no one, independent of the telecommunications industry, has yet tested the effects of pulsed 5G energy to determine its biological effects.

Initial lab results on the biological effects of 5G are not encouraging. Two studies demonstated that 5G is absorbed by the human skin, and is likely to adversely affect the body’s sweat glands and stress levels.

In a recent interview with Euronews, Dariusz Leszczynski, an expert in molecular biology and Adjunct Professor at the University of Helsinki, Finland said:

The assurances of safety concerning 5G-emitted radiation are based solely on the assumption that low amounts of radiation are safe, not on biomedical research. Specifically, the question mark lies over the effects of millimetre waves, also known as extremely high frequency, that 5G will tap into. We don’t know what they will mean in practice for our immune systems.”

“High-frequency waves only penetrate a few millimetres into the body and this is being used as a ‘no worries’ card by industries — but our skin is the biggest organ in the body and is linked to numerous things including immune response.

Whereas 5G is already being deployed in some US cities, the deployment in the UK is being held up. Not by security concerns or health concerns, but by lamp posts. The plan was to deploy 5G transmitters on a dense network of lamp posts. However, the process is mired in litigation with local authorities. It’s not likely to stop the deployment of 5G, just to delay it a little.

The deployment of 5G fits into a familiar pattern. Whether the technology is shale fracking, the release of toxins in the air or Roundup, the procedure is the same. After minimal testing you deploy the technology, make your profit and by the time the lawsuits roll in you’ve already made your money and only have to mitigate the damage. There’s a lack of any sense of responsibility for the death of men, women and children caused by the new technology. The money to be made justifies the means. More than irresponsible or morally repugnant, this is insane.