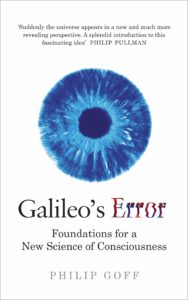 The view sounds a bit strange, but a growing number of philosophers and neuroscientists are starting to think it might be our best hope for integrating consciousness into our scientific story of the universe.

In his book Galileo’s Error: Foundations for a New Science of Consciousness, Dr Philip Goff explains why consciousness poses such a challenge for contemporary science and why panpsychism might be the answer. In this talk, he will outline the main argument of the book. 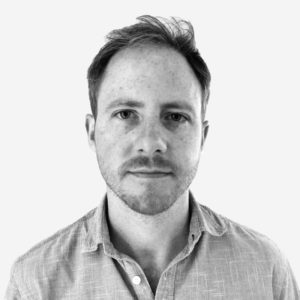 PHILIP GOFF is a leading philosopher and consciousness researcher at Durham University. His work is focused on how to integrate consciousness into our scientific worldview, and he defends panpsychism on the grounds that it avoids the difficulties faced by the more traditional options of physicalism and dualism.

He has published an academic book on this topic – Consciousness and Fundamental Reality (Oxford University Press) – as well as a book aimed at a general audience – Galileo’s Error: Foundations for a New Science of Consciousness (Rider in UK, Pantheon in US). Goff has published over 40 articles in academic journals, and also writes for newspapers and magazines, such as The Guardian, Aeon, the New Statesman, the Times Literary Supplement and Philosophy Now.

Blog on philosophy and politics: www.conscienceandconsciousness.com

Is Consciousness Everywhere? Foundations for a New Science of Consciousness was a live Zoom presentation, hosted by Claudia Nielsen, as part of an ongoing series of SMN London group talks online, which were previously held as live events in Hampstead, London.

Thank you to all those who purchased live tickets to this event. The event is now over but we have a HQ YouTube video that is now available to purchase access to, for anyone who missed this event. Chose a ticket level below and then we will send you a private link to view it online. (All live participants will automatically receive the recording link).