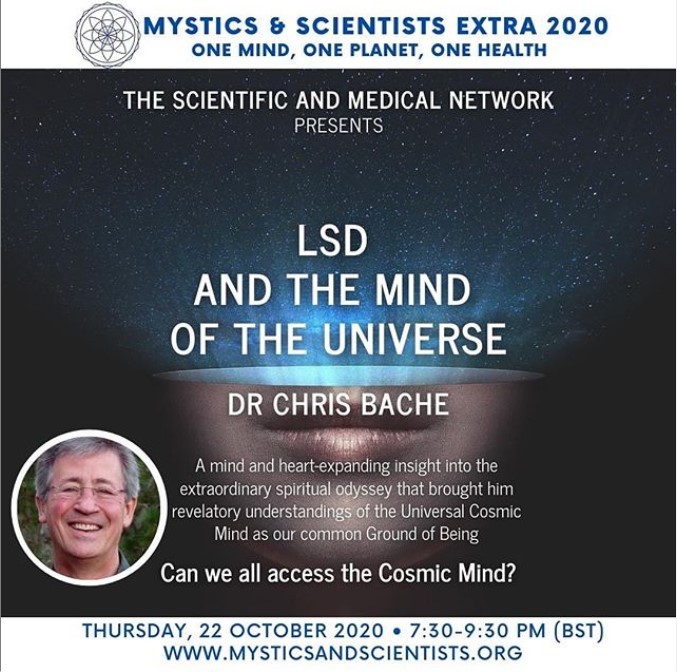 Chris Bache: LSD and the Mind of the Universe

Can we all access the Cosmic Mind? Join Chris Bache for mind- and heart-expanding insights into his extraordinary spiritual odyssey that brought him revelatory understandings and ecstatic experiences of the Universal Cosmic Mind as our common Ground of Being….you will need to fasten your seatbelts for this one! LSD and the Mind of the Universe tells the story of my 20-year journey with LSD – 73 high dose sessions conducted between 1979-1999 following Stanislav Grof’s protocols. I spent years digesting these experiences, pondering their implications, and trying to integrate the truths I was shown. This journey became the philosophical adventure of a lifetime, but one I had to keep largely hidden from my university colleagues and society. Now that psychedelics are returning to legitimate scientific and academic discourse, I am sharing the story of my experiment in doing psychedelic philosophy – clarifying the protocol used and my evolving intentions in this work, describing the dimensions of consciousness that opened and the challenge of achieving sustained communion with these dimensions, and reporting my visionary experience of an emerging global crisis and humanity’s extraordinary future.