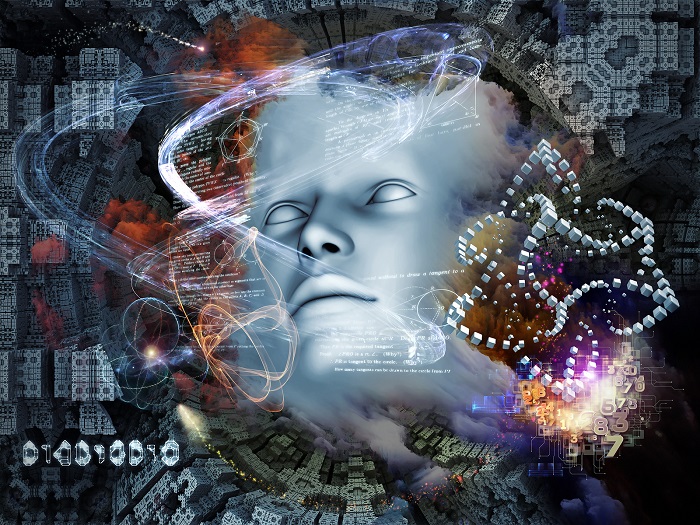 We are a group of internationally known scientists, from a variety of scientific fields (biology, neuroscience, psychology, medicine, psychiatry), who participated in an international summit on post-materialist science, spirituality and society.  The summit was co-organized by Gary E. Schwartz, PhD and Mario Beauregard, PhD, the University of Arizona, and Lisa Miller, PhD, Columbia University. This summit was held at Canyon Ranch in Tucson, Arizona, on February 7-9, 2014. Our purpose was to discuss the impact of the materialist ideology on science and the emergence of a post-materialist paradigm for science, spirituality, and society. We have come to the following conclusions:

1. The modern scientific worldview is predominantly predicated on assumptions that are closely associated with classical physics. Materialism—the idea that matter is the only reality—is one of these assumptions. A related assumption is reductionism, the notion that complex things can be understood by reducing them to the interactions of their parts, or to simpler or more fundamental things such as tiny material particles.

2. During the 19th century, these assumptions narrowed, turned into dogmas, and coalesced into an ideological belief system that came to be known as “scientific materialism.” This belief system implies that the mind is nothing but the physical activity of the brain, and that our thoughts cannot have any effect upon our brains and bodies, our actions, and the physical world.

3. The ideology of scientific materialism became dominant in academia during the 20thcentury. So dominant that a majority of scientists started to believe that it was based on established empirical evidence, and represented the only rational view of the world.

4. Scientific methods based upon materialistic philosophy have been highly successful in not only increasing our understanding of nature but also in bringing greater control and freedom through advances in technology.

5. However, the nearly absolute dominance of materialism in the academic world has seriously constricted the sciences and hampered the development of the scientific study of mind and spirituality. Faith in this ideology, as an exclusive explanatory framework for reality, has compelled scientists to neglect the subjective dimension of human experience. This has led to a severely distorted and impoverished understanding of ourselves and our place in nature.

6. Science is first and foremost a non-dogmatic, open-minded method of acquiring knowledge about nature through the observation, experimental investigation, and theoretical explanation of phenomena. Its methodology is not synonymous with materialism and should not be committed to any particular beliefs, dogmas, or ideologies.

7. At the end of the nineteenth century, physicists discovered empirical phenomena that could not be explained by classical physics. This led to the development, during the 1920s and early 1930s, of a revolutionary new branch of physics called quantum mechanics (QM). QM has questioned the material foundations of the world by showing that atoms and subatomic particles are not really solid objects—they do not exist with certainty at definite spatial locations and definite times. Most importantly, QM explicitly introduced the mind into its basic conceptual structure since it was found that particles being observed and the observer—the physicist and the method used for observation—are linked. According to one interpretation of QM, this phenomenon implies that the consciousness of the observer is vital to the existence of the physical events being observed, and that mental events can affect the physical world. The results of recent experiments support this interpretation. These results suggest that the physical world is no longer the primary or sole component of reality, and that it cannot be fully understood without making reference to the mind.

8. Psychological studies have shown that conscious mental activity can causally influence behaviour, and that the explanatory and predictive value of agentic factors (e.g. beliefs, goals, desires and expectations) is very high. Moreover, research in psycho-neuro-immunology indicates that our thoughts and emotions can markedly affect the activity of the physiological systems (e.g., immune, endocrine, cardiovascular) connected to the brain. In other respects, neuroimaging studies of emotional self-regulation, psychotherapy, and the placebo effect demonstrate that mental events significantly influence the activity of the brain.

9. Studies of the so–called “psi phenomena” indicate that we can sometimes receive meaningful information without the use of ordinary senses, and in ways that transcend the habitual space and time constraints. Furthermore, psi research demonstrates that we can mentally influence—at a distance—physical devices and living organisms (including other human beings). Psi research also shows that distant minds may behave in ways that are non-locally correlated, i.e. the correlations between distant minds are hypothesized to be unmediated (they are not linked to any known energetic signal), unmitigated (they do not degrade with increasing distance), and immediate (they appear to be simultaneous). These events are so common that they cannot be viewed as anomalous nor as exceptions to natural laws, but as indications of the need for a broader explanatory framework that cannot be predicated exclusively on materialism.

11. Controlled laboratory experiments have documented that skilled research mediums (people who claim that they can communicate with the minds of people who have physically died) can sometimes obtain highly accurate information about deceased individuals. This further supports the conclusion that mind can exist separate from the brain.

12. Some materialistically inclined scientists and philosophers refuse to acknowledge these phenomena because they are not consistent with their exclusive conception of the world. Rejection of post-materialist investigation of nature or refusal to publish strong science findings supporting a post-materialist framework are antithetical to the true spirit of scientific inquiry, which is that empirical data must always be adequately dealt with. Data which do not fit favoured theories and beliefs cannot be dismissed a priori.  Such dismissal is the realm of ideology, not science.

13. It is important to realize that psi phenomena, NDEs in cardiac arrest, and replicable evidence from credible research mediums, appear anomalous only when seen through the lens of materialism.

14. Moreover, materialist theories fail to elucidate how brain could generate the mind, and they are unable to account for the empirical evidence alluded to in this manifesto. This failure tells us that it is now time to free ourselves from the shackles and blinders of the old materialist ideology, to enlarge our concept of the natural world, and to embrace a post-materialist paradigm.

15.According to the post-materialist paradigm:

a) Mind represents an aspect of reality as primordial as the physical world.Mind is fundamental in the universe, i.e .it cannot be derived from matter and reduced to anything more basic.

b) There is a deep interconnectedness between mind and the physical world.

c) Mind (will/intention) can influence the state of the physical world, and operate in a non-local (or extended) fashion, i.e. it is not confined to specific points in space, such as brains and bodies, nor to specific points in time, such as the present. Since the mind may non locally influence the physical world, the intentions, emotions, and desires of an experimenter may not be completely isolated from experimental outcomes, even in controlled and blinded experimental designs.

d) Minds are apparently unbounded, and may unite in ways suggesting a unitary, One Mind that includes all individual, single minds.

e) NDEs in cardiac arrest suggest that the brain acts as a transceiver of mental activity, i.e. the mind can work through the brain, but is not produced by it. NDEs occurring in cardiac arrest, coupled with evidence from research mediums, further suggest the survival of consciousness, following bodily death, and the existence of other levels of reality that are non-physical.

f) Scientists should not be afraid to investigate spirituality and spiritual experiences since they represent a central aspect of human existence.

16. Post-materialist science does not reject the empirical observations and great value of scientific achievements realized up until now. It seeks to expand the human capacity to better understand the wonders of nature, and in the process rediscover the importance of mind and spirit as being part of the core fabric of the universe. Post-materialism is inclusive of matter, which is seen as a basic  constituent of the universe.

17. The post-materialist paradigm has far-reaching implications. It fundamentally alters the vision we have of ourselves, giving us back our dignity and power, as humans and as scientists. This paradigm fosters positive values such as compassion, respect, and peace. By emphasizing a deep connection between ourselves and nature at large, the post-materialist paradigm also promotes environmental awareness and the preservation of our biosphere. In addition, it is not new, but only forgotten for four hundred years, that a lived transmaterial understanding may be the cornerstone of health and wellness, as it has been held and preserved in ancient mind-body-spirit practices, religious traditions, and contemplative approaches.

We invite you, scientists of the world, to read the Manifesto for a Post-Materialist Science and sign it, if you wish to show your support (see http://opensciences.org/).

**** The Summary Report of the International Summit on Post-Materialist Science, Spirituality and Society can be found at  the following address:http://opensciences.org/

This manifesto is also being published in Explore.