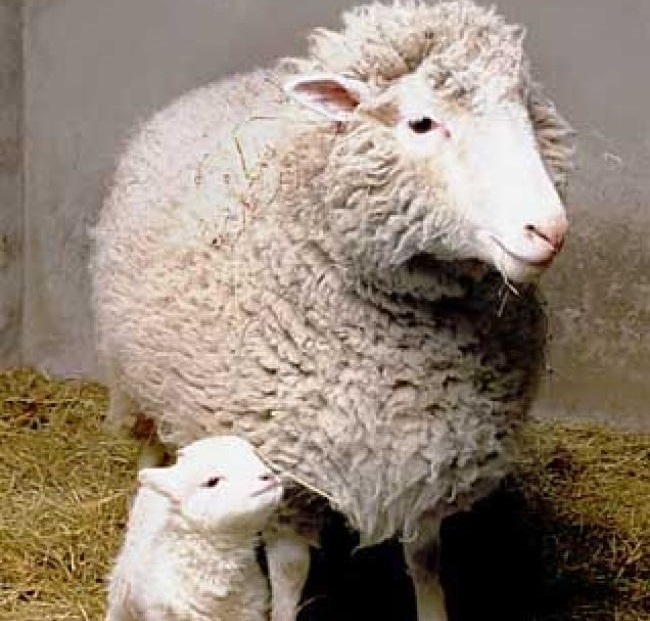 A recent news item tells us that the Raelian sect – an American group which teaches that the human race stems from intelligent aliens who generated it by cloning themselves – now claims to have produced two actual babies by cloning. This is not, of course, a very plausible story. Ian Wilmot (leader of the team that produced Dolly the sheep) has pointed out that the process of engineering his one sheep involved the loss of more than 270 embryo lambs – some of them deliberately used for its manufacture, others turning out defective and often aborting before birth. Nor have these difficulties been overcome since his work. The recent success in producing a cloned cat cost two hundred embryo kittens. Moreover – as researchers in this field are now saying plainly – even those animals that have been successfully born after cloning have often proved to be seriously defective. They do not have anything like normal health. Like many other dazzling promises, the bright future that cloning once seemed to offer to stock-breeders has dimmed considerably and appears to be receding. Why, then, is anybody even talking now about cloning human babies, let alone pretending to have done it? The interesting thing about this excitement – this sense of something especially desirable about the process – is that it is not confined to eccentrics such as the Raelians.

I have seen a number of discussions recently which treated cloning as a precious possibility – an option which might perhaps not be available to us but which still remained attractive, a prospect which ought to be explored. How wonderful (people think) to duplicate oneself, to extend one’s identity into a wider sphere! At this point, of course, someone usually points out that you won’t get an exact duplicate, since the clone will inevitably have a different upbringing. This does of course spoil the excitement somewhat.

But there is another yet more distressing possibility – namely, that in some ways the clone might actually be very like you, which would mean that you would effectively have to deal with a second self as well as the ordinary first one. I lately saw an article whose author insisted that he himself longed to be cloned. Though he saw the possibility that the clone might share its parent’s faults, he positively welcomed this prospect. He said he was very fond of his faults and didn’t mind how widely they were distributed. This, of course, is all right so long as you envisage your faults from the inside – so long as you are expecting to extend the deep satisfaction that you can personally find in being (for instance) mean, inconsiderate, unreliable and vindictive. But when your child has these faults you don’t get the fun of experiencing them from the inside. You are out at the sharp end, trying to deal with them like anybody else. Indeed, these shared faults are already a well-known source of trouble in families. When quarrels arise, the bystanders can often see that the trouble about a particular pair of combatants is simply that they are too much alike. The reason why they can’t agree is that neither of them ever admits to being mistaken. In fact, the extension of identity that these people hope for cannot be an extension of experience, which is surely what they want. We don’t, of course, get that extended experience with ordinary children either – except insofar as we are able to share their enjoyment of life because we love them. But that kind of identification through love does not depend at all on their being particularly like ourselves. (If it did, we would not be able to become attached to babies of the opposite sex). What does often block our love of our children and limits our power of entering into their experience is not that they have a different basic temperament from our own, a difference that might follow from their having a different inheritance.

It is not an intrusion by our partner’s alien genes. It is simply the difference in age. Dealing with somebody in a different age-group from one’s own is never quite easy. It often needs considerable work. In Samuel Butler’s novel The Way Of All Flesh, paterfamilias Theobald reflects crossly that he `had never liked children… why, he was inclined to ask himself, could not children be born into the world grown up? If Christina could have given birth to a few full-grown clergymen…in all respects facsimiles of Theobald himself – why, there might have been more sense in it; or if people could buy ready-made children at a shop… that might do better’. Children when they are small are inevitably very different from their parents because they are in an entirely different situation. And as they grow older, the effects of their different situation snowball in a way that is bound to give them a different view of life. Plenty of stories about generation-conflicts show that this has always been true. But at present two things exacerbate the difficulty. First, because we live in a world that changes at exceptional speed, the generations find it even harder than usual to understand each other. Second, our culture splits us into separate generation-groups – teenagers, workaholics, and retired people – in a way that makes it really hard to get the experience that we need in order to deal with the gaps. But it seems clear that the clone-makers’ dream of somehow extending and perpetuating our own egos is not able to furnish any solution to this problem.