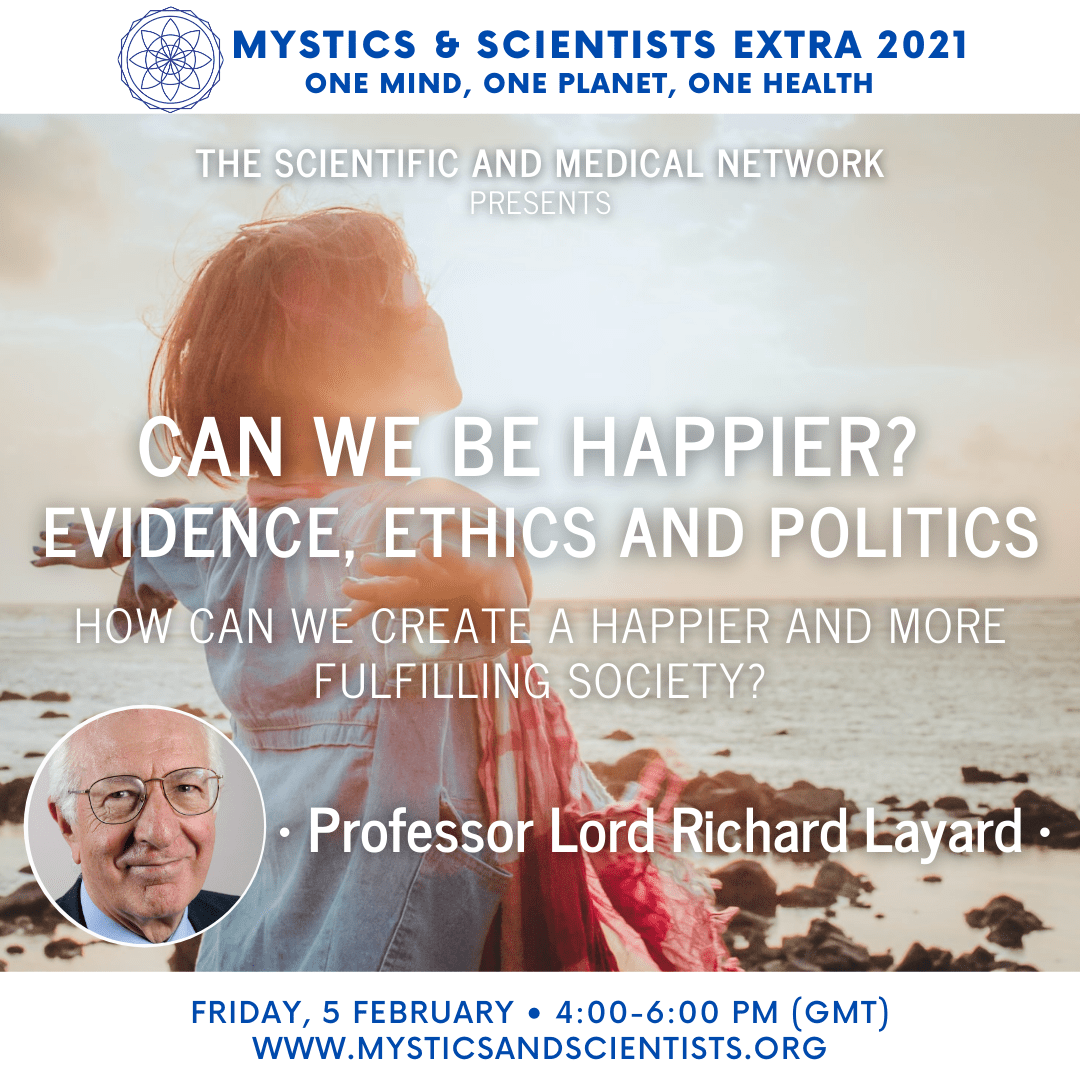 Professor Lord Richard Layard – Can We Be Happier? Evidence, Ethics and Politics

How can we create a happier and more fulfilling society?

Join Richard Layard, the bestselling author of ‘Happiness’  and co-editor of the annual World Happiness Report for an in-depth exploration of the happiness principle and how to apply it to foster a caring society.

Most people now realise that economic growth, however desirable, will not solve all our problems. Instead, we need a philosophy and a science which encompasses a much fuller range of human need and experience.

This talk argues that the goal for a society must be the greatest possible all-round happiness, and shows how each of us can become more effective creators of happiness, both as citizens and in our own organisations.

Richard Layard provides hard evidence that increasing happiness is the right aim, and that it can be achieved. The proposal is simple, the evidence impressive, the effects inspiring.

‘In his book ‘Can We Be Happier?’, which is part of Richard Layard’s excellent, ongoing exploration of what happiness is and how it can be achieved, he provides evidence that if you have peace of mind and are full of joy, your health will be good, your family will be happy and that happiness will affect the atmosphere of the community in which you live.’  – The Dalai Lama

In this short clip, Richard Layard explains how we can move towards a kinder, happier, gentler society.

Richard Layard is a leading figure in the world happiness movement. 15 years ago, ‘ Happiness: Lessons From a New Science’  advanced the idea of happiness as a measurable goal for our society. Since then, it has become a goal of many governments and changed government policy in many areas including mental health.  Ten years ago, with Jeffrey Sachs and John Helliwell, he co-founded the World Happiness Report which reports annually at the United Nations on how happiness is developing in each nation worldwide, and why. At the same time, he co-founded a social movement for a better and happier way of living called Action for Happiness, which now has over one million followers. With Sir David King FRS, the former Government Chief Scientist, and Lord Gus O’Donnell, the former Cabinet Secretary  he also inspired Mission Innovation, an international plan to develop cheap, clean energy and combat climate change.

Richard Layard founded and was the first Director of the LSE’s Centre for Economic Performance – one of Europe’s leading economic research centres. An economist by training, he is the author of  ‘Happiness: Lessons from a New Science ’ (2005), co-wrote  ‘A Good Childhood’ (2009) and ‘ Thrive: The Power of Psychological Therapy’ (with David Clark), about the importance of mental health and laying out practical methods by which it can be improved. He is a Fellow of the British Academy.