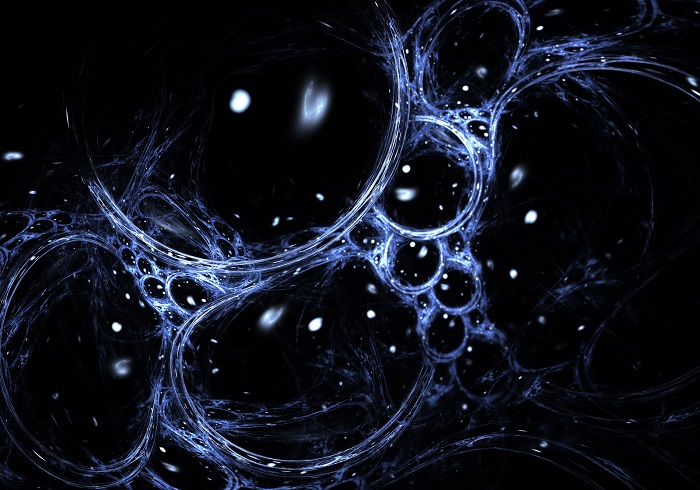 The universe owes its existence, not to reality, (of which we know precious little), but to human imagination and mathematical equations. Only through the medium of conscious observation does the universe become a bona fide representation of itself, and even then, only through the eyes of the beholder. Imagine then, what the universe must look like to other creatures, a frog for instance, or birds that see the ultra violet spectrum, or an insect with compound eyes? The rendering of the universe by human imagination can only be one account of thousands. But of course, we have methods of proof at our disposal, which makes our image of the universe at least plausible. Is it not always the case, that we first imagine something, and then set about trying to create it?

Of late it is noticeable that our sciences are struggling. Imagination has run too fast for science and technology to keep pace. In fact it is precisely because of rampant imagination and advanced mathematics that science does not possess the practical means to confirm the existence of Dark Matter and Dark Energy. These phenomena have been imagined and mathematically proven, but have thus far eluded all methods of detection. Consequently Dark Matter and Dark Energy are presently hypothetical phenomena, and definitive proof of their existence is for the moment ‘work in progress’. In the meantime, science entertains us with pie charts, artist’s impressions, and enthusiastic announcements.

Thus, according to the Planck mission team and based on the standard model of cosmology, the universe consists of 27% Dark matter, 68% Dark energy, and 5% recognisable matter. (For convenience, we will lump Dark Matter and Dark Energy together, under the label; ‘Dark Stuff’, which hypothetically constitutes 95% of the imagined mathematical universe).

So what is Dark Stuff? Astrophysicists and scientists believe that something must exist for the imagined mathematical universe to behave as it does. This inexplicable something they have called ‘Dark Stuff’, because it does not absorb or emit light and is therefore invisible. However; according to the mathematical scientific model of the imagined universe, Dark Stuff must exist.

The basic argument is that the universe exists in a state of delicate balance.

The 5% known must be balanced by the 95% unknown. Therefore the universe as proposed by modern science is ‘asymmetrical’; that is to say, the 5% observable stuff is equal to the 95% invisible stuff, allowing the imagined universe to exist in a state of mathematical / gravitational equilibrium.

It is this concept of an asymmetric universe that offers us a tantalising glimpse of reality. ‘Dark Stuff’ does not absorb or emit light, which means that to all intents and purposes ‘Dark Stuff’ is insensible, impenetrable, and invisible. We might therefore suggest that because ‘Dark Stuff’ is incapable of absorbing or emitting anything at all, it is fundamentally ‘cataleptic’.

Thus the universe according to the mathematical and scientific model is effectively 95% inert and ignorant, leaving only 5% of the universe responsive and illuminated.

If we now apply to these observations the principle of quantum entanglement, it becomes obvious that this asymmetry must be fundamental to all aspects of the interconnected universe, and therefore applies to all – life – matter – and formless phenomena.

This becomes particularly conspicuous within the conscious psyche of human beings, where it correlates exactly with the 95% / 5% asymmetric split proposed by the standard model of science. In fact; if we look objectively at the human condition, we recognise that; while wisdom (Illumination) is limited (5%), stupidity and ignorance (Darkness) is almost unlimited (95%). Thus; by recognising that the human condition itself is subject to the laws of universal asymmetry and quantum entanglement, the existence of ‘Dark Stuff’ becomes verified beyond all doubt.

Contained within a discarded version of his theory of gravity, he proposed what he called a “Cosmological constant”. This unknown constant (or missing ingredient) has now come to light in the form of ‘Dark Stuff’ or cosmic mindlessness. Einstein was also on the right path when he famously said –

“Only two things are infinite – The universe, and human stupidity. And I’m not so sure about the universe”!

Thus; further research into ‘Dark Stuff’ need not be focused into the depths of outer space, or require enormous amounts of equipment and funding. It has been confirmed here that ‘Dark Stuff’ undeniably exists in the form of utter stupidity and ignorance within the very fabric of the imagined mathematical universe, and is unmistakably present (And obvious) within the consciousness of humanity at large.

We therefore conclude that: ‘Dark Stuff’ should be given the same scientific status as Gamma radiation and Gravity. In that, we know for certain these invisible and formless phenomena exist, but they are detectable only by their effects.

We also propose that ‘Dark Stuff’ should be recognised in proper scientific terminology as ‘Cretinite’ consisting of hitherto unknown sub – atomic particles, identified here as ‘Morons’.

The ‘Moron’ takes a similar form to the atom, containing a central core; ‘Numbtron’, orbited by one or more ‘Ignorons’.

Thus; as the number of ‘Ignorons’ orbiting the central ‘Numbtron’ increase, the dim-wittedness and insensibility (Density) of ‘Dark Stuff’, or ‘Cretinite’, increases proportionately; eventually attaining a level of stupidity so dense, that it becomes incapable of absorbing or emitting anything at all, and thereby becomes an absolute nonentity. (For this reason it cannot be assigned an atomic weight)

We may further speculate that ‘Morons’ consist of lesser particles – ‘Quirks’ and ‘Dolts’ which at present constitute the smallest theoretical unobservable particles within the insentient imagined mathematical universe. Once again; although the ‘Quirk’ and its inconceivably obtuse counterpart, the ‘Dolt’, are undetectable in the physical sense, their presence is clearly recognizable in the human condition.

Thus; the ‘Quirk’ and ‘Dolt’ provide further support to this coherent and well-substantiated hypothesis, which we hereby submit for peer review and mathematical corroboration as: The theory of Cosmic Stupidity.